****WARNING THIS STORY MAY BE TOO INTENSE FOR SOME READERS, ESPECIALLY THOSE WHO HAVE BEEN A VICTIM OF RAPE, VIOLENCE, OR LOST SOMEONE TO A VIOLENT ACT.  PLEASE DO NOT READ FURTHER IF YOU THINK THIS STORY MAY CAUSE YOU UNDO MENTAL OR EMOTIONAL ANGUISH.**** 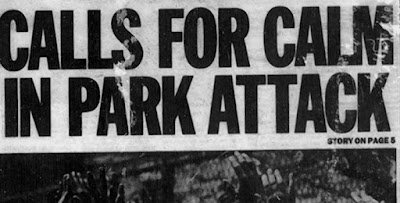 I know it's just been a month or two since you were last out this way, but bad things have been happening.  REALLY bad things.  Right now we've got the townspeople, the Mayor, hell even the Governor clamoring for an arrest and so far we've been coming up empty.

We almost got him last night but his 'victim' had to come first.  It was my partner, Terri McCloud.  You'll remember her of course.  She had dinner with us that one night.  But even if she wasn't my partner, I'd have still put her first.  She's one of us and you watch out for your own, especially when they wear the same uniform as you.  You told me that a long time ago. I was too young to fully understand what you'd meant back then, but when I enlisted in the army, your words came flooding back and I finally got it.

Of course, I'm not in the army now, but I still wear a uniform and so do my fellow deputies, like Terri.  And right now we're up against something, or someone, who seems almost inhuman.  How else can you describe a rapist who also eats parts of his victims?  You don't expect someone like that to show up in small town like this.  Not to say we don't have our share of death, violence, drugs, etc.  We may not be the big city, but we have a lot of the same problems.  But a maniac like this?  No!  Nobody is ready for a serial killer to show up.  And this one is smart, which makes him even more dangerous. 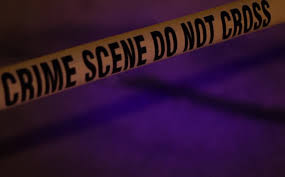 According to a profiling expert who came in to advise us, killers like this one don't announce their arrival, not right away.  Oh no. They're subtle at first.  An attempted mugging or a sexual assault, then they possibly lay low for a while to see what happens.  Did they leave any evidence behind?  How good a job of keeping their face hidden from the victim?  Then he'd wait and see what far we'd take to find him... sort of scoping out how overstretched we were, that kind of thing.

Based on that idea, I'm starting to suspect he's had military training and have mentioned this several times to our boss.  He wasn't so sure about that theory at first, but after the fourth attack he started coming round to my way of thinking and so have the others.  Problem is, we still don't have much to go on.

To make matters worse, he knew who his target was last night.  He KNEW Terri was a deputy gone undercover.  How do I know?  She told us while they were rushing her to the Emergency Room!  She'd suffered massive blood loss from multiple stab wounds.  She never got a look at his face, but heard him muttering about "her being out of uniform after dark..." during the attack, but that's all we got.  She's been unconscious since they brought her out and we've got men on the door to her room.  They're checking EVERYONE who comes in to make sure they're hospital staff.  Hell, they even stopped and searched a priest who claimed to be from her brother... which he was.

Right now she's the only victim to survive that we're certain of who's survived, and I'm worried we might not be enough to keep her, or anyone else, safe.  That's why I'm e-mailing you Uncle Nate.  You're the only one I know who can probably help take this guy down.  Everybody here has been doing their best to try and catch this him, but he keeps getting past us and as I said he never leaves any evidence behind.

I know I'm breaking all the rules asking you to come in and help, and I haven't told my superiors or even my partner about you.  But I don't want to see anyone else wind up like Terri or the others.  Please let me know what you decide as soon as possible. 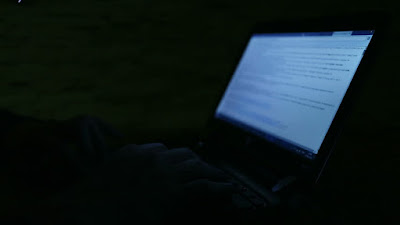