When I was a child I thought of angels as beings with huge white wings and cherubic faces. But now I know they come in many different shapes and sizes. I met a great many of them back in the hospital, for which I am forever grateful. But there is one in particular, who I wish to talk about right now. He is someone I've known almost all my life, who left me deeply frightened because I saw him drinking the blood of another like a fiend from an old Hammer Horror movie.

Admittedly, the one he took the blood from had kidnapped me along with my friend Brian, we were both children at the time, but seeing your rescuer seemingly turn from angel to an avenging demon left me rattled for many years after.

I hadn't understood back then that Nathan had simply come to save us and had seen things inside that warehouse that neither Brian nor I had. I still don't know all that he saw, but I do remember his clothing looking torn as if he'd been through hell before reaching us and our captor. There was no blood on him at the time, but I didn't know his body could absorb blood from his clothing. But even that wasn't enough. I know now that he had lost a fair amount of blood just trying to reach us.

However, that's not something I want to talk about right now. Yes, I can talk properly again. My jaw is finally healed. I can even use my own hands again, even if they don't quite feel the same. 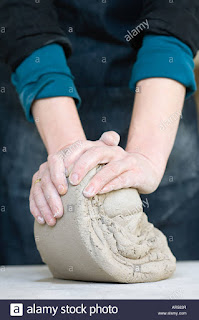 I keep fearing that they may have lost some of their dexterity from before the accident. But that doesn't seem be the case. I'm still able to do my art and everyone tells me I'm as good as before, possibly even better. Yet, it doesn't quite feel the same. Maybe because the clay feels different to me these days, although I think that's partly thanks to Nathan. Perhaps he's helped me in more ways than even he realizes. However, I'm getting ahead of myself.

I don't remember much from the accident, it all happened so fast. Hell, there wasn't any warning like the sound of tire trying to screech to a halt, just an impact and my world flipped... and pain. That's all I can remember. When I fully regained consciousness I was in a hospital, my hands in bandages and unable to move my jaw even though I wanted to scream. The sight of my hands all wrapped up like that, even before anyone said anything I just knew it was bad... REALLY BAD! They were my livelihood, my 'special voice', the things that created things I couldn't always find the words to say to express how I felt. To have them silenced along with my actual voice, was more of an agony than the pain I was already in.

I remember trying to ask what happened, over and over again, but with my jaws wired shut I didn't know how to make myself understood. Everyone kept telling me to blink once for 'yes' and twice for 'no' then began asking me simple questions, but they took so long to get to what I wanted to know. I almost wished they'd never got to that point.

I'd been hit by a drunk driver, T-boned to be exact. His SUV had got me just behind the driver's door, otherwise I might not be here. But the impact had been strong enough to send my little bug rolling and into a pole. Needless to say, he'd walked away without a scratch in more ways than one. The bastard was rich and got off with house-probation, although he was made to pay for my medical expenses. Not so much by the court but by 'someone' else as I later found out. But more about that later. The jury had also hit him with pain and suffering pretty heavily, but his lawyers were pretty slick and seemed to be swaying the judge to their way of thinking. Then all of a sudden the judge  called for an adjournment for lunch, even though it was only 10:30 in the morning. When the court resumed he slammed the guy with the full amount the jury had recommended, and even tacked on a few more expenses for my attorneys and loss of income. 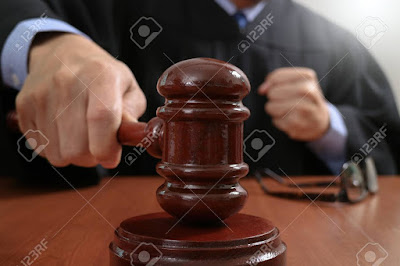 Naturally, the guy tried to appeal it. But he lost again... twice. After that he suddenly stopped trying and just paid up. How did this happen? The same way I got saved all those years ago from the creeps who kidnapped me and Brian. And for that I will always be grateful, but not nearly as much as for what he did when it came to the piece I'd been working on at the time of the accident. The piece that meant more to me than any other...

TO BE CONTINUED...
Posted by Allan Krummenacker at 11:00 AM No comments: