I escorted Nadine to the kitchen and got her settled into a chair at the table. Surprisingly, she barely uttered a word the whole time I made hot chocolate. Only after I put it down in front of her, did she finally look up. 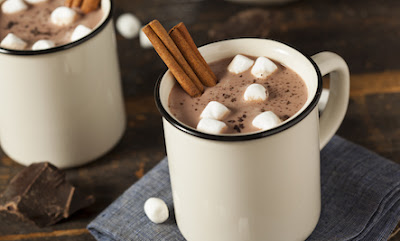 "Thanks," she smiled and inhaled the aroma deeply. Immediately, her shoulders relaxed along with the rest of her. After a few moments of silent bliss, she caught me grinning. "What?"

"Never underestimate the power of chocolate, Sweetie," I told her and took a sip from my own cup. Damn I make good hot chocolate, even if I do say so myself.
That made her smile.
"So," I began, "You said you were doing research. Come to any conclusions yet?"
A serious expression crossed my companions face as she gave it some serious thought. Then she took a deep breath, declared that men are misogynistic ass-hats and that she was never letting Isabella out of the manor ever again. Then she went back to drinking her hot chocolate.
I just stared at her for a few seconds before saying, "Number one: congratulations on coming to that conclusion. Number two: as far as never letting your sister out of his manor again, do yourself a favor and don't even try. Because knowing that little girl the way I do, I can tell you right now it ain't happening. And controlling, over-protective behavior can be the very thing that makes girls rebel and put themselves in danger."
I expected Nadine to sigh, but instead she groaned and began gently head-desking the table.
"You must have had one hell of an evening tonight."
"Not just tonight," she corrected. "Ever since I dealt with the Cannibal Killer, I've been going out like this at least once or twice a week."
My curiosity was piqued. "Why?"
"Because of some of the reactions I got when I went after that psycho," she replied, tucking some of her long blonde locks behind one ear.
Leaning forward I gestured for her to continue.
"I never told you or the girls at the time, but I spent a whole day in that town looking like this. The idea at the time was to observe what kind of reactions I got from other people, hoping our killer might give himself away. Of course, he was already hiding in the park and never laid eyes on me till I pulled him off the girl he attacked. But that's not to say I didn't get a few reactions during my walk."
"With looks like yours, I'm not surprised," I remarked.
"Thanks," she smiled, but I could see it only partly reached her eyes.
"How did it feel," I asked after a moment.
"Kind of flattering at first, but also kind of uncomfortable on a sort of subconscious level," she answered, shifting in her seat as she spoke. "I was so focused on my mission I never really gave the feelings any thought at the time. But when I got to the bar where I was to meet Michael, I started thinking about it." 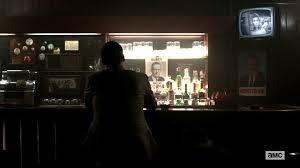 I didn't say it aloud, but I already had a pretty good idea of what was coming. Sure enough, her next words proved me right.

"I barely sat down at the end of the bar when some guy suddenly appeared at my elbow leaning in and asking me what I was drinking," she said with more than a touch of annoyance in her voice. "And before you say anything, no it was NOT the bartender. But the thing that bothered me the most was the fact that he was supposedly talking to me, but I could actually feel the vibration from his voice hitting me down here," she added, pointing at her chest.
As tempted as I was to say "no surprise", I kept quiet and listened as she continued.
"And let me tell you, he was like practically six feet tall," Nadine continued. "And here I am like 5' 4" and he's talking to my cleavage. I mean my God, if he was bent over any further, he could have passed for The Hunchback of Notre Dame's better looking cousin."
I leaned back in my chair nodding. I could tell already that this was just the beginning...

TO BE CONTINUED...
Posted by Allan Krummenacker at 9:47 PM No comments: 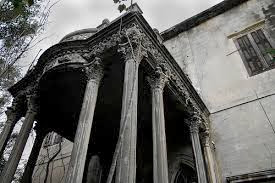 If anyone had told me two years ago I would one day be married, have a child, and be living in a big old mansion, I'd have told them to quit snorting the white powder. Of course, there's no way they would've have known a man who'd fought in the Civil War, and was for all intent and purposes a vampire, would be partly responsible for all of this. It still seems like some weird dream, or like I stepped into the Twilight Zone, but it's all real. And I'm truly happy about it.
Not that things don't get kind of bizarre on a semi-regular basis. Take tonight for example, my baby boy had been fussing and feeling poorly lately. So I took him to Dr. Jack a couple of days ago, who said it was an ear infection and gave me instructions and a prescription for it. Of course, this means I've been keeping odd hours at night to administer the medicines. Needless to say my he wasn't happy when I woke him up to administer more medicine and it took me a good hour to get him back to sleep. Richard offered to take over for me, but I insisted. He even offered to keep me company  while I walked our boy back to sleep. He's really turning into a great dad. And as much as I appreciated his offer, I sent him back to bed. He'd had a really long day already, plus sometimes a girl wants to deal with things on her own. My home life had been pretty messed up and I didn't want to make the same mistakes as my so-called parents. The moment I knew I was pregnant I swore to do a lot better than them, and I like to think I've been succeeding.
Anyway, I'd just put my little boy down again and realized I was a bit hungry. Looking over at the clock on the night table I saw it was only 1:30 in the morning. Not too late for a snack, I thought and headed downstairs. 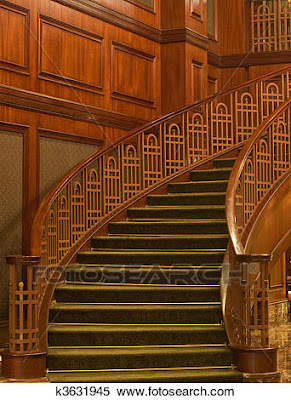 I'd gotten halfway down the  staircase when I saw the front doors open and a young woman entered. In the dim lighting I couldn't make out the features and thought it must be either Marisa or Lisa my two, much younger, best friends. Both of them are barely twenty but in spite of a decade difference between us we're tight. They love hanging out with me and both of them are great with the baby. The two of them also have the hots for Nathan, the Civil War veteran/vampyre I mentioned earlier, who owns this big old mansion. He's also one of the best friends/guardian angel any of us could ever ask for.
I know Nathan gave both girls their own key, so naturally I thought it must be one of them. Upon seeing that our late night visitor had blonde hair, I figured it must be Marisa (Lisa's a brunette). Then realizing what time it was I immediately started hurrying down the rest of the stairs thinking something bad must have happened.
"Marisa?" I called out only to have our guest look up.  It wasn't Marisa, instead it was someone I hadn't expected to see again anytime soon. "Nathan... I mean Nadine?" I stammered for a second.
Okay, now I'm going to take a step back for a moment and explain a few things. Like everyone else who knows about Nathan being a vampyre and keeps an e-journal, blog, or an e-diary, these entries I make are set to private. Only someone knows, or will one day know, about Nathan gets to read them. We do this because we want to keep our memories and experiences with him alive even when (God forbid) we can't remember, or are no longer part of this world. Although in the former case I don't think we'll ever fall to dementia or Alzheimer's because Nathan wouldn't let that happen. He's got abilities like you've never seen and although he can't hold off death (except for maybe himself), he's learned to use them in so many ways to help people. And  want these memories to be available for my son and his children so they know what a difference this man has made, not only my life but other peoples' as well.
One of Nathan's more fascinating abilities is of course shape-shifting. But unlike what you see in the movies where a vampire simply turns into mist, or a bat, or some other animal, he's taken this ability to a whole other level. He'll alter parts of his body, like turning just his legs into individual puppy dogs to play with Lisa's little brother, or alter his facial features to look like another person. However, even more impressive is his skill at changing his entire body  into that of a very attractive woman. Mind you, Lisa, Marisa and I had a hand in his learning how to do it convincingly. The three of us gave him some serious coaching just two months ago when he was helping hunt down a cannibalistic serial killer.
The result was the creation of 'Nadine' the female persona he was wearing tonight. Upon seeing 'she' was back my first thought was, 'Oh dear God, don't tell me was there another maniac on the loose?' It must've shown on my face, because he/she... dammit, I'm going to call Nadine a she for this entry, mainly because she didn't change back to normal all the time I was with her.
Anyway, Nadine smiled as if she'd read my thoughts and said, "It's okay, Penny. I'm not on a case or anything like that. I've just been doing some... research of my own."
"Thank God," I sighed and looked at her again. I have to admit, the girls and I had done a damn good job on teaching Nadine how not only how to look but act like a woman. Even as we were talking, the mannerisms and way she held herself was just right. Which puzzled me even more.
Had 'Nathan' taken a liking to being a woman sometimes or was there something more going on here? She had just mentioned something about research, so I asked, "Trying to find out how the other half lives?"
"In more ways than one," Nadine sighed raising a tired hand to her head. 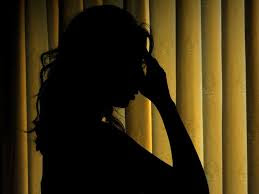 I knew that tone and the gesture. I'd seen and done it myself more times than I'd like to count. Putting an arm around her shoulders I said, "Let's go to the kitchen and I'll make us something and you can tell me all about it."

TO BE CONTINUED...
Posted by Allan Krummenacker at 3:43 PM No comments: