We finally got him, hallelujah!  After all these years we finally got Uncle Nate but good, and he never saw it coming.  It all happened over at The Crypt, the nightclub Uncle Nate owns downtown, which is located in the basement of a big old building he bought back during the Great Depression. 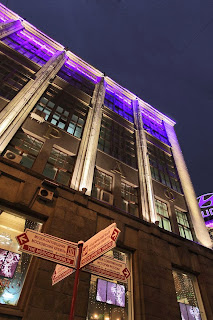 It all started back on Mother's Day.  We'd spent the day spoiling and pampering Mom, and had gone out to dinner when the topic of Father's Day came up.  I asked my dad if there was anything he'd like to do on that day.  He didn't answer right away, instead he thought about it hard for a few minutes before finally saying, "I'd like to do something for Uncle Nate believe it or not."
This didn't come as a surprise to me and I told him so.  "I remember all the stories you've told us about how Uncle Nate stood in as a second father for your after granddad died.  Uncle Nate has also acted like a father figure to me whenever you were stationed overseas during your stint in the army."
"That's true," Dad nodded and then looked at me, "But did you know he's also been a father figure to a great many other people?"
"Of course I know, I hang out with a number of them like Jack, Tom, and..."
"I don't mean just here in Pointer, Brian," he interrupted me.  "I mean elsewhere.  There are a lot of families here in the United States, as well as across the sea who he's watched over and been second father to as well.  And they don't get to see him nearly as often as we do.  But they stay in touch with him all the same."
"What do you have in mind?" asked Mom at that point, with a knowing look on her face.
"I think you already know, my dear," he replied and then proceeded to outline the plan. 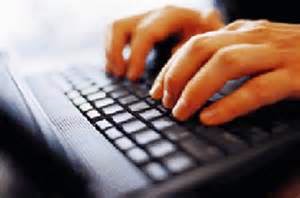 It took us a week to get in touch with all the people we knew about, and another week for them to contact others we were unaware of.  But soon enough we had a solid list of who could come for the planned gathering. 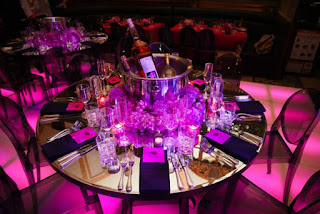 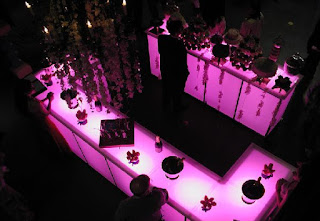 The only thing missing was the guest of honor himself.  That became my job.  Luckily, I knew an easy way to get Uncle Nate to come to town.  I simply sent him an e-mail saying there were reports that the town council was thinking of trying to put his family manor up for sale, again.  They've discussed this several times in the past, but never made any headway.  Mostly because Uncle Nate would show up and pay a 'visit' to certain parties that always led to the motion being shot down.
Admittedly, this could be considered a little underhanded, but at least it would bring him running when the time was right.  And sure enough he did.
In the e-mail I told him a bunch of us were meeting down in The Crypt this Sunday night to see what action we were going to take and that his presence and advice would be greatly appreciated.  Naturally we all knew he wouldn't show up until the evening, or even if he was already at the club, he'd be in the lower sub-basement resting.  In either case we'd be able to set things up for the party without his knowing.

As it turned out we got there way before he did and decorated the place in record time.  With so many people it was really easy.  Communications were a little hard sometimes between us and some of our visitors from overseas, but there was always someone who spoke both languages to help bridge the gap.

In any case, we were more than prepared for Uncle Nate when he entered the club that night.  All the lights were off, of course so he couldn't see us.  But we could see him just fine as he opened the door and stood silhouetted from behind by the moonlight. 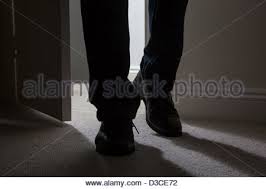 As he stepped into the room the lights came on and all three hundred of us greeted him wildly. 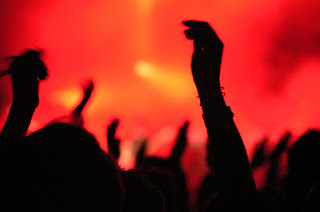 To say he was surprised would be the understatement of the century.  He confessed to me later that he suspected something was up, but he never dreamed it was on such a scale as this.  Looking over the photos I took tonight I can't blame him.  I've always known Uncle Nate had network of people he referred to as his 'Extended Family', but I never dreamed how big it really was, or how much it varied.  We had one elderly couple from Poland who told us how he'd rescued them as children from a Nazi Concentration camp and then whisked them away, along with a bunch of others to a safe place.  For some reason they wouldn't talk about that 'place' but assured us that it was something wondrous.
There were many others present but one man stood out in particular, in spite of his small stature.  He arrived a little late once the party was in full swing, but when he entered the room fell silent.  The white hair, the round thick glasses, and the cigar in his hand made him very easy to recognize.  At least one person murmured, "Oh my God..."
At which point the fellow shook his head and said in his famous gravelly voice, "Not really, but close enough." 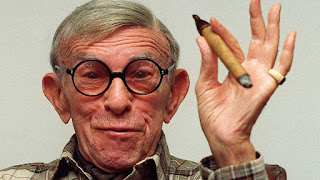 The place exploded with laughter, and Uncle Nate suddenly appeared at Mr. Burns' side and embraced him warmly.  Mr. Burns was accompanied by his son Ronnie and daughter Sandra, along with their spouses.  Mr. Burns shared some stories with us about his early days in vaudeville, and how he met Uncle Nate who had inadvertently demonstrated some of his powers without meaning to.  Mr. Burns also proceeded to give us a song or two with Uncle Nate on the piano.
Being it was Father's Day, Uncle Nate didn't let us forget to celebrate all the other fathers in the room and those who were soon-to-be-fathers.  It was obvious he was touched by all we'd done, and it thrilled him to no end that so many had come all this way for the occasion.
Towards the end of the evening Dad took me aside and thanked me for all I'd done to help make this happen.  "It's amazing isn't it, that all these people are just a part of Uncle Nate's Extended Family.  There are still so many more out there."
"How did he get to know them all?" I asked curiously.
"The same way he got to know ours," Dad smiled,  "It just started out with a person or two here and there who learned his secret, and found a deep friendship with him.  As those people began families, he was there for them and soon their children would learn about our godfather, and ask him to help watch over the next generation as he had for them."
Startled I looked at my father, "Uncle Nate is your godfather too?"
Dad nodded.  "He's been godfather to a great many people in this room.  We're just lucky to see him more often because this is his hometown and we help watch over his family's estate.  He's been a part of our family for generations. He watched over my mother, her father, her grandfather and so on all the way back to the end of the Civil War.  And he has every intention of continuing to watch over all of us for a long time to come"
I found this a great comfort as I stared out at the crowded floor.  It's good to know that when I have a son or a daughter, he'll be here to help watch over my kids as well.
Now, Uncle Nate is raises his glass in a toast saying, "I want to thank you all for including me in this Father's Day celebration.  But I also ask you all to remember your own fathers, and stepfathers, mothers, stepmothers, brothers, sisters, friends and neighbors who've also filled the role of a father figure in yours or another person's life.  For their efforts help shape the people we become in the long run, and their legacy leaves in each one of us.  Happy Father's Day everyone..."