Sorry for the lack of new posts, very busy. It's property tax time at my job which means I'm swamped there and still recovering from my hip treatments. Still waiting to start Physical Therapy next month. Also, holidays are on the way. And finally there are deadlines to meet like:

3 - Finally, get some rest and enjoy the holidays... 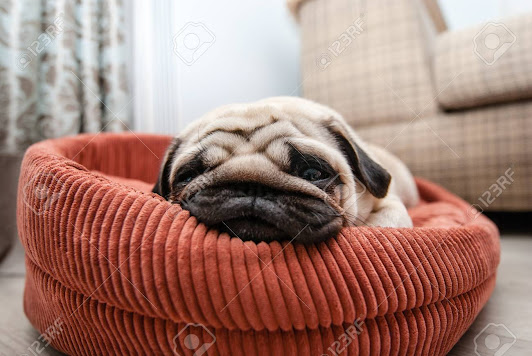 Posted by Allan Krummenacker at 3:19 PM No comments: 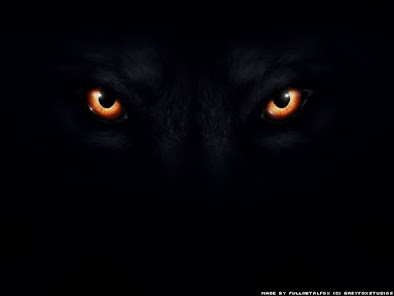 I recognized the tone in Marisa’s voice and knew she was being completely serious. So, I immediately looked in the direction she was pointing. Sure enough, standing there amidst the trees across the road, was our quarry. It was still in its wolf/human form. As we watched, the creature kept switching its gaze from Marisa, then to me and back.

I nodded. “The Sangui-Sapio we share is calling out to itself. I felt he was near while I was still on the plane.”

Marisa shot me a puzzled look and I quickly explained what had happened. “I see,” she nodded when I finished and glanced back at the creature across the road. “But why is it choosing a humanoid shape? I would think it would hunt better in its own form.”

“That’s got me puzzled too,” I confessed and told her about the dreams I’d been having. “So, when I saw the article, I knew I had to come. I think the poor creature is stuck and can’t shift back to normal.”

“Do you think the Sangui-Sapio is responsible?” she asked, then frowned. “No that doesn’t make sense. You’ve always told us that the only times the Sangui-Sapio has ever altered your form shape without permission was to keep you safe. Otherwise, it never tries to interfere or takeover.”

“I know, that’s what got me confused,” I told her.

“Not as confused as this poor thing,” Marisa replied and proceeded to cross the street.

Naturally I immediately followed, all the while saying, “Marisa what are you…” Then I stopped myself. The wolf-creature was coming out from among the trees. Its body language was neither hostile or threatening. If anything, it seemed drawn to her somehow…

And of course, that’s when everything went to hell!

A passing car’s headlights illuminated the wolf who was completely clear of the trees just then. The sound of tires screeching to a halt, told me that the driver had spotted the poor misshapen animal. Before I could even think, Marisa began shouting at the wolf to take off which it promptly did with amazing speed.

I think I was the only one not surprised, but that was because my keen eyes saw the animal’s mismatched limbs suddenly shortened or stretched until they were the same length, allowing it to move with a speed only I could match. Not that I did of course, not with the Ranger right there. 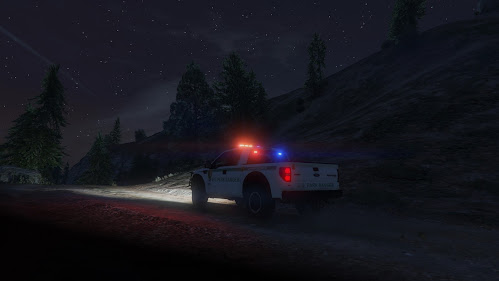 Oh yeah, I forgot to mention that the vehicle that had come to a halt was a modified pick-up belonging to an Alaska Park Ranger. The driver was already leaping from his vehicle holding a rifle when the beast disappeared from sight.

Unfortunately, the wolf had not bolted back into the woods as I’d hoped. Instead, it shot across the road and disappeared between the shadowy buildings of the airport before any of us knew what was happening.

At that point there was only one thing I could think of doing. I straightened up and did my best impression of Bull Shannon from the show “Night Court” and said, “Ooooo-kay,” in his voice.

I knew he was one of Marisa’s favorite characters from the show, but if you had seen the look she gave me you’d have thought I’d done an impression of Dan Fielding, the sleezy lawyer, instead.

“Seriously? Is that all you’ve got to say at a moment like this?” she demanded, while pointing behind me.

I quickly got what she meant, because I could hear the Ranger reaching for his radio. I immediately pointed at him and shot my mist in his direction. I wasn’t able to stop him from getting a few words out saying he’d located the creature, but I did manage to get him to tell them to search in the opposite direction from where the animal had fled. I also got him to completely ignore us and take off in the wrong direction.

“Better?” I asked Marisa, only to find she was already crossing the road again to get back to the airport.

Catching up with her, we’d just reached the edge of the buildings where we’d last seen our quarry in time to hear shouts and running feet. This time I was the one to spot the animal, darting between a couple of hangars. Without pausing, I picked up Marisa and raced towards the buildings. To anyone watching they’d have just seen a blur shoot past, since I wasn’t holding back on the speed. And as for the snow on the ground, I can run on top of it, which meant no trace of our passing would be found.

As soon as we were in the shadows of the building, I put Marisa down and we both started scanning the area for our friend. But because this was real life and not a Disney or Hallmark Channel story, all we could see and hear were people screaming and scrambling away from the tarmac. Although I had gotten the ranger and his friends heading in the wrong direction, the animal had clearly been spotted by people who were now surging towards terminal to escape and raise the alarm.

As we stood there, we could see security armed with rifles were already pouring out of the terminal and nearby buildings.

“This is not good,'' Marisa muttered, looking around for our friend. “And I don’t see him anywhere?”

Neither could I, but I knew he was still near. But with security already spreading out to search I didn’t have time to try and zero in on him. But I did know where he definitely wasn’t. “I’m going to lead them off, keep an eye on my stuff, please,” I told Marisa.

Before she could ask what I meant, I began misting out of my clothes and let them hit the ground. A moment later I solidified a few feet away not as myself but as the ‘werewolf’.

Gesturing with my snout at the security guards I gave her a wink. 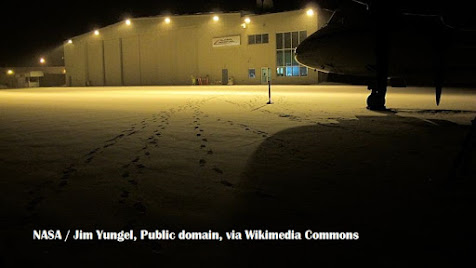 “Okay, but you be careful,” she whispered and then let out a bloodcurdling scream that got everyone's attention. Immediately, I bolted from our hiding spot and onto the tarmac, pausing briefly to make sure I was spotted before trying to get away from the terminal area. I purposely alternated running on two feet, then all fours, so as not to discourage pursuit. After all, the whole idea was to lead them away from the area where we knew the creature was.

Glancing over my shoulder I saw a number of security officers giving chase, as well as a couple who were ‘tending’ to Marisa who was putting on quite the damsel in distress act.  They were leading her into the terminal where she would be safe. Or so I thought. Like I said before, this wasn’t a Disney or Hallmark movie…

Posted by Allan Krummenacker at 7:02 AM No comments: