I think my heart skipped a beat at that moment. Which is a good thing, because it probably kept me from trying to yell "WHAT?" with my mouth still wired shut.


Thinking back, I must've screamed it mentally because Nathan's hands were on my shoulders keeping me down ever so gently. Still I could feel the tension in his arms. Brian and Jack were also crowding around me now, both of them talking at once. Jack was scolding Nathan, while Brian was offering a platitude of reassurances that nothing was going to happen unless I gave the okay.

Meanwhile my mind was in a whirl. I had just gotten used to the idea of what Nathan was and that he was supposedly one of the good guys. Which a part of me desperately wanted to believe. I mean, he had rescued me and Brian all those years ago at a cost to himself. Plus, he'd created that link between me and him that allowed me to use his voice to communicate. Still... the idea of him pulling a Christopher Lee on me was not exactly high on my list of things I wanted to try anytime soon. 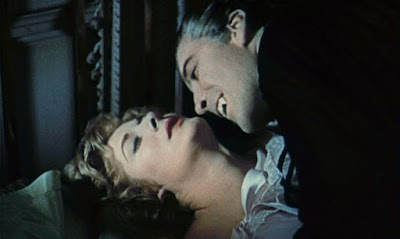 While Brian and Jack tried talking over each other, Nathan decided to talk to me 'privately' through our mental link.

"Sorry, I didn't know everyone was going to fly off the handle this badly," he said gently inside my head. "Now, as I was trying to explain, when I bite someone I can see into their minds. However, there is a second type of bite I can use where I put some of myself into the other person. When I do this, the bond that's created is much stronger than what we have now. I can, if I so choose, control a person quite a bit. Mind you, I'm very reluctant to do that. I don't like the idea of taking someone's free will away, unless it's a major intervention so to speak. However, what very few know is that there's a bit of two-way street effect." 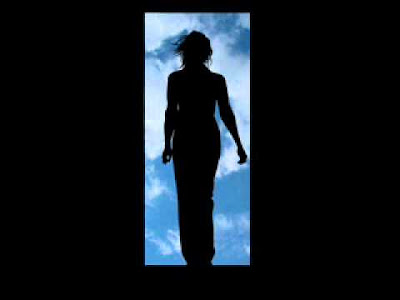 "I can feel that other person in me at the same time. But since I created the bond, that means I'm the one who is in control. Unfortunately, I can't take it back. Once made the bond seems to be permanent, until the person moves on from this life. However, I can 'shut the door' so the connection is turned off and neither me nor the other person can sense or hear the other," he explained.

"I think I see what you're saying," I told him. "You're offering to open the door so I can step inside you and have the use of your body so to speak..."

"Up to a point," he corrected.

I nodded ever so slightly. "And when the piece is done..."

"I'll close the door and you'll be back in your own body, and you won't feel or sense me anymore," he finished.

I thought about it for a few moments.  I really wanted to finish the piece, it was for my mom after all. She'd sacrificed so much for me over the years and had been my biggest supporter when it came to my art. And... I trusted Nathan. I know, it sounds weird after being terrified by him for all these years, but now that I knew the truth, I wanted to take the chance. If it meant getting to finish my work in days instead of months or even years... I had to grab it. Especially if there was a chance that even after I recovered from my injuries, I might not have he dexterity and ability to handle the clay as I used to.  This might be my last chance to create the best piece I was ever going to make.

Still, there was one final issue I wanted to clarify with him first. "Um... this bite, is it going to hurt?"

Nathan smiled and shook his head and said aloud so the other two could hear.  "Absolutely not. You won't feel a thing, I promise."

Keeping a reassuring hand on my arm, Nathan proceeded to tell the other two what we'd discussed, along with my decision.

As he did so, I noticed a funny kind of wetness on the arm where his hand was resting. There was a warmth to it and the area tingled for a few seconds.

"It's done," he said aloud and released my arm. As he did so, I caught a brief glimpse of a mouth with two needle-like teeth in the palm of the hand that had been touching me. As my eyes widened, I saw the mouth close while the skin around it rippled. In the blink of an eye, it was gone and I found myself staring at a normal looking hand.

"What now?" I asked mentally.

"Lie back and give it a few minutes," Nathan replied aloud, for the benefit of Jack and Brian.

I did so, but the seconds seemed to tick on forever as I kept waiting for something to happen. Some change, my vision to blur or feel warm inside... but I just felt the same as before. After 10 minutes I was getting tired of the looks on Brian and Jack's faces as they kept staring at me and then Nathan. 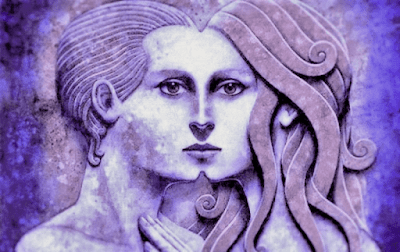 Finally, I closed my eyes... only.... I was still seeing them. Only instead of looking up at them, I was staring across my bed at Jack and Brian.

I opened my own eyes again and saw them still looking down at me, with grave expressions. But when I turned my eyes to Nathan I saw him waggle his eyebrows at me. "What did you think of the view?" he asked after a moment.

While I couldn't open my mouth I could pull the sides of it into a semi-smile.

Jack and Brian both gave me looks of relief. I heard one of them mutter, "Thank God," under their breath. Only, I think I heard it with both my ears and Nathan's. This was going to take a little getting used to, I could tell already.

Just then, Nathan reached down below my bed and pulled out a bag of clay. Then he brought a small table over and placed the clay on it and said, "Shall we try the hands a bit. You'll need to close your eyes, otherwise you might get multiple angles which could prove disconcerting."

He had thought of everything.

"Yes, please," I replied through our link and did as I was told.

As I closed them, I could smell the familiar scent of the clay through his nostrils. God, how I had missed that odor. It had become so common in my life, I hadn't really realized how it had become such a part of my world.

"Okay, my hands are yours, let's see you work with it," Nathan told me.

I won't lie and say that I wasn't nervous. It took me several tries to build up the courage to use his hands but once those fingers touched the clay my instincts took over. It wasn't the best quality, or at least the kind of clay I was used to. It was a bit harder than I liked, but his hands were strong and were able to manipulate it like my own never could. But I understood, he had done that on purpose. He wanted me to get used to what these hands could do. And for the next hour I worked and molded and found my touch with those hands. They belonged to him, but the skill and delicate touch were all me.

I could hear Nathan's thoughts in the back of 'our' mind as he marveled at my manipulation of the substance. He even flat out said at one point, "It's so cool and yet silky in it's own way..." I told him he hadn't seen anything yet. By the time we were finished, we were both satisfied with the experiment. So were Jack and Brian who had been watching the whole time.

I felt myself back in my own body again and opened my eyes. Obviously, Nathan had partially 'closed the door' between us, because I wasn't having double-vision so to speak. Yet I could still sense the link between us.

"So what now?" Brian asked.

That was a good question.

I looked to Nathan who looked at me and said, "You're call."

"Can we go to my studio tonight and start work?"

He bowed, "Your wish is my command."

Posted by Allan Krummenacker at 6:23 AM No comments: