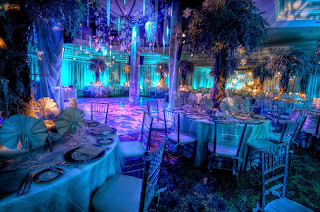 I swear I'd never seen main room of The Crypt done up so beautifully before.  The room was bathed in a magical blueish purple light, which had some hints of green accent.  Fake ice crystals hung from the ceiling over tables that were beautifully set up, while soft music seemed to waft through the air.  Only one thing was missing, people.  There wasn't a soul in the room except me and my family.

Before I could say anything a greenish mist began to slowly envelop the floor. 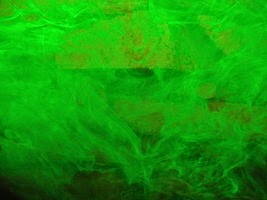 It seemed to have a life of its own as it wafted and slowly covered the entire lower half of the room, leaving only the tables and upper halves of the chairs visible.  Then I felt my feet moving forward, taking me into the center of the room apparently of their own volition.  But in truth I could feel smoke-like fingers gently guiding me all the time.  It felt almost like a lover's caress, in some ways and it set my heart beating like never before.  I was brought to a halt in the center of the room where the mist suddenly rose higher until it blocked my view completely and all I could see was it.  Then as suddenly as it appeared, the fog thinned and suddenly sank revealing a huge crowd of family and friends all smiling and wishing me a happy birthday.

That's when the party really started.  I swear I never got hugged so much or kissed on the cheek so many times in all my life.  My parents got everyone seated and I wound up hopping from table to table to say hello and thank everyone for coming.  However, one person was missing, Nathan.  He was nowhere to be seen and that started to bother me.  I had really hoped that this day, of all days, he'd be here.  Especially since the party was taking place inside the club he's owned since the 1940's.

I tried not to let my disappointment show, but I think my parents were starting to notice when suddenly the room got very quiet.  I noticed everyone's gaze turned to a dark opening that led to one of the other dance floors.  Oh, did I mention The Crypt has several different rooms with dance floors?  Well it does and we'd only been in the main one which had been turned into a sort of a dining area where people could sit and eat.

Anyway, in the dark opening a mist began to swirl and make its way towards where I was standing.  For a moment I was half torn between excitement and nervousness.  It was Nathan, it just had to be.  Yet a I wasn't sure.  But then the fog began to circle around me and I knew for sure it was really him. Especially when a hand emerged from the mist and took mine. 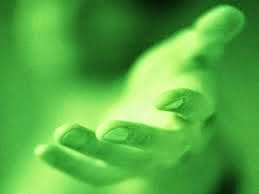 Soon his familiar frame and warm smile emerged from the cloud and he kissed me on the cheek and said, "Happy Sweet Sixteen, young lady."

Young lady, oh how those words sounded so good to my ears.  "Thank you," I whispered back as he turned to the archway he'd just emerged from and snapped his fingers.  Suddenly, the lights came on revealing a large dance floor which matched the decorations of the room we were standing in.  There were a few crystal-like tables on the outer edges, but otherwise it was clear this room was for one purpose, dancing. 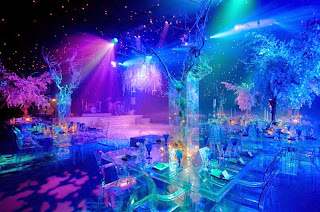 A moment later, as if to let me know my suspicions were right, music began to play and Nathan led me into the room and the center of the floor.  Taking me in his arms he led me into one of the most amazing and tangos I'd ever experienced.  Mind you, he's danced with me many times before, but never like this.  He led me through turns and steps I didn't even know that well, but I could tell from the way everyone else was reacting as they watched us, that we were fantastic together.  Just as I knew we could be one day.  I just had to tell him... 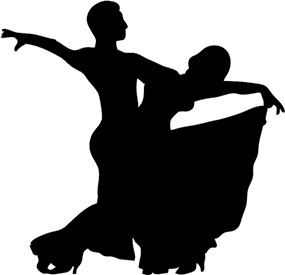 ...TO BE CONCLUDED NEXT TIME

Posted by Allan Krummenacker at 9:50 AM