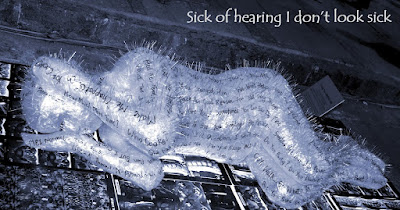 The words "You don't look like your sick or like or in any pain..." echo inside my head as I draw nearer to Ted's father.

How many times had I heard those words?  And how many times did I want to lash out at the person who spoke them to me?  Of course back then I hadn't changed and didn't have the strength to strike back.  But these days I'm a different man.  The pain and limitations Fibromyalgia caused me are but distant memories, but I never forget anything these days.

Oh it might take me a moment or two to sort through a century and a half of accumulated memories, but it's all there.  There's not a name, a face, or an event I've been part of or witness to that I cannot recall in vivid detail.  I can even recall things from before I was changed that were locked away in the deepest recesses of my brain, including the looks or hints of disappointment from my father for my apparent weaknesses.  They still sting as much now as they did back then, but I loved him nonetheless.  And now I remind myself that Ted loves his father, so I restrain my impulse to grab the man by one hand and shake some sense into him.

Instead I stop just before the man and say politely, "Please, come inside with me.  Both of you.  There's some things I'd like to show you." 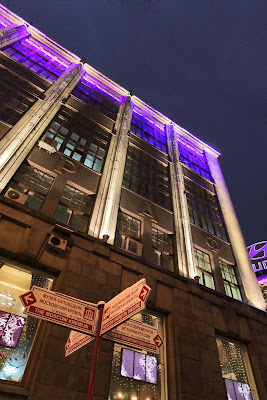 Without waiting for a response I walk towards the end of the building we're in front of that happens to house my private club "The Crypt".  Behind me I hear Ted's tired footsteps follow.  A second later, his father joins us.

In a few minutes the three of us are safely ensconced around one of the table inside the empty club.  It's a weekday which means the place is not open to the public.  Which makes it the perfect setting for a difficult but heartfelt talk.  Or at least, that's what I hope to keep things.  A part of me is still sorely tempted to unleash a portion of my mist form so I can enter Ted's father and let him experience my memories of what Fibromyalgia feels like.  The old saying about walking in another's shoes may be just what the fellow needs.  Yet, I restrain my impulse.  Ted is not aware of what I am and it wouldn't be right to risk revealing my 'unusual' nature to him by doing something to his father.  Still, if things don't go the way I think they should...
"So what do you want to show me?" Ted's father asks gruffly.

Staring at the man I quietly take his measure.  Like my own father, he's tall and well-built.  His solid figure tells me he's a man who's enjoyed many sports and strives to keep in shape.  But now I'm sensing something else, deep below the surface... physical discomfort.

Suddenly, everything becomes much clearer to me.  I begin by saying, "As I said earlier, Fibromyalgia is quite real.  And is it not just a condition suffered by women.  Men have it as well."

"Yeah, you mentioned you have it," the man snaps, but there's a trace of unease in his voice.  "Besides yourself, name one other man who has it." 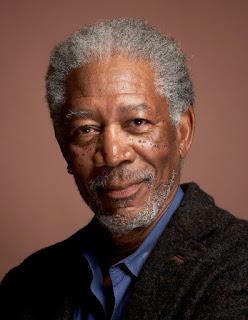 "Morgan Freeman, the golden actor himself," I reply and wait.  The effect of my words has on him is clearly visible.  Before he can respond I continue by adding, "Michael James Hastings, another actor  who retired because of his struggle with the condition." 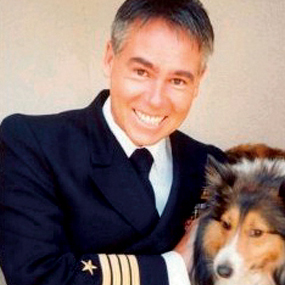 Ted's father looks stunned, "He played Captain Mike on 'The West Wing'.  I loved that show."

"Many people have it," I continue, "To differing degrees.  Some can be crippled by the pain, others find different ways of coping through exercise, nutrition, medicines to help them sleep better.  But the bottom line is that its a musculo-skeletal condition with no 'magic bullet' cure.  It's a condition where pain is your constant companion.  Many days you can get through the day, but others are harder.  And some are just so bad you can barely get out of bed."

The man looks at his son for a moment and then asks, "Is that true?  Those days you complain about getting up aren't just because you don't feel like going to school?"

Ted has the good sense to not be sarcastic and simply nods.

His father turns back to look at me.  "How do I know you're telling the truth?"

"You can look it up online," I tell him.  "It's all there.  There's even sites by these men and others who can attest to how difficult it is to live with the condition."  With that I get up and retrieve my laptop and set it up for him.  As I do so, I give Ted an encouraging nod towards the piano.  Obediently, he gets up and takes the guitar case with him.

Meanwhile I sit back down and watch as his father starts Googling the men I mentioned along with others.  For twenty minutes he says nothing, and I do not break the silence.  I merely wish that I'd had such resources to show my own father, back in the day.   Would it have made things better?  I don't know.  Maybe, maybe not.  As I said before, he did love me.  He just couldn't always understand why I was the way I was sometimes.

Finally, Ted's father looks up at me with a pained expression.  "Okay, you convinced me.  It's real and men can get it.  But why do you believe my boy has it?"

I answer quietly, "Why can't you believe it?  You mentioned football earlier.  Was that your sport?  Were you simply hoping he'd follow in your footsteps?"

"NO!" the man thunders as his face turns crimson.  Then his expression softens as he explains, "I just want my son to have a chance at a good school."

Now things suddenly become clear to me. "Things are tight, I take it?" I say in a voice so low only he can hear me.

The man nods.  "Like my son mentioned earlier, his mother has Fibromyalgia and can't work.  So it's mainly down to me to bring in money, but she does try.  She does art and sells stuff on the internet.  And she's brings in some good money and we're doing all right..."

"But, the prospects for sending Ted to college aren't so bright," I supply quietly.

"Exactly.  We make too much to get him a Board of Governor's waiver, but not enough to really be able to pay for the classes over at the community college, much less a university."

Just then the strands of a guitar playing fills the air.  It's a sweet gentle melody, played with great tenderness and skill. The tune has an effect on my companion who closes his eyes and becomes lost in the tune until the song ends.

"He's very good," I remark as the final strums fade away.

"I don't question that," my companion replies.  "But, is that going to be enough to get him anywhere?"

Smiling I turn to Ted, who is tuning the guitar ever so slightly.  "Are you up to a little 'Classical Gas'?"

The boy's face lights up as he adjusts the strap on his shoulder.  Meanwhile, his father is staring in shock.  "I love that song!  Can he really play it?"

Before I can answer, the familiar tune starts up with all the speed and skill it is known for.  Ted's father's eyes widen as his son's fingers fly over the strings with precision and dexterity that makes the instrument sing.

Neither of us says a word until the song is finished, at which point Ted stretches his fingers and massages them slightly.  It obviously took some out of him, but he's grinning from ear to ear.

His father begins to applaud and goes over to his son.  The two begin having a talk.  A real talk.  And although I try not to listen, I of course hear everything.  It lasts for several hours.  The results I'm pleased to say are better than I'd hoped. Ted doesn't have to give up the guitar.  However, his father does confess his concerns to help pay for his son's future education. 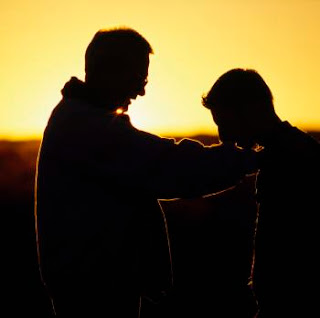 At this point, I see the first rays of sunlight seeping through the window that peers out into the alley.  Although I'm quite safe here in the club, I'm certain Ted's mother is quite worried about what has become of her husband and son.

Standing up, I wander over to the pair and casually mention some connections I have over in San Francisco with a certain music conservatory which has a wonderful guitar ensemble.  "I'm certain that if Ted keeps this up, he'd qualify for 'assistance'.  Plus, there's the money he can earn here at the club helping out at the turntables."

Father and son look at me questioningly.

Smiling I explain, "Your son has helped out as a stand in DJ here at the club on a number of occasions.  I've been thinking about asking him to come on board regularly, provided it doesn't interfere with his schoolwork.  And before you ask, YES, he's as good at that as he is on the guitar."

Ted looks at his father questioningly, while the older man replies, "Let me think on it.  I appreciate what you're offering him, but I've had a lot to take in already tonight.  I'd like a little time to talk things over with my son and my wife."

"Thank you," the big man says and holds out a hand which I accept with feeling.  "By the way, I'm George."

"Me too," he smiles and then says, "I think we've taken up enough of your time and we need to get home.  Ted, let's go grab your guitar.  I'm sure your mother will be worried sick about us."

Ted smiles and the two of them head over to the piano where the guitar and its case await.

As I watch them, a part of me wonders what it would've been like to have such a moment of acceptance from my own father.  Then as if in answer I feel a hand on my shoulder.  Turning I see no one's there.  But that's all right.  I know it was real, and who's hand it was.  Some things you never forget, and as I said before I never forget anything.  Especially not my father's way of letting me know when he was proud of me...
Posted by Allan Krummenacker at 9:57 PM