Perhaps 'Odd' isn't the right word for this entry, 'Most Unique' would probably be a better phrase to describe what happened this year.  Things certainly didn't go as I'd planned, but at least Lisa is speaking to me again.  She's given me the cold shoulder more than once over the years when I've broken one of my promises.  Heck who am I kidding, she doesn't give you a simple cold shoulder.  That girl can give you a look so cold it would make the iceberg that sank the Titanic turn green with envy. 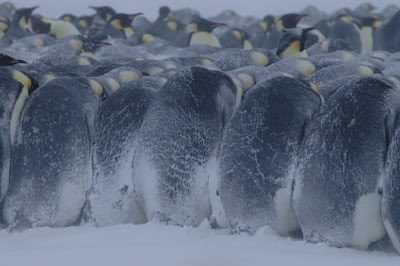 In fact we were visiting a zoo once when she shot me one of those looks.  We were standing next to the penguin exhibit, and I swear every bird in the enclosure closed ranks to keep warm like they do during an arctic storm.  Heck, I even tried joining them but they kicked me out as if to say, "Forget it, Pal!  You brought this on yourself and we're suffering for it, now go take your medicine."
Needless to say I made nice with Lisa as quickly as possible, while preventing a new global ice age in the process.
So what does all this have to do with Valentine's Day?  Simple, I promised to spend it with her and... I didn't make it. 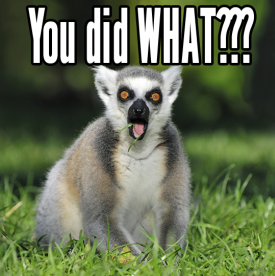 In my defense I had a perfectly good reason for being two days late.  You see it all started about a week ago...

I was attending a symposium that was taking place in Tromso, Norway, where one of my old Alma Maters is located.  I had attended the University of Tromso - Arctic University about seven years ago, thanks to Otto.  He had told me about their Master's Program in Molecular Environmental Biology and thought it might help me gain some new insights to the symbiotic life form which shares and prolongs my existence.
He also pointed out that the timing of the classes coincided nicely with the seasonal Polar Nights in Norway, which meant I wouldn't have to compete with the sun very much.  This suited me just fine of course, so of course I quickly enrolled.
Looking back I can easily say I enjoyed my time there.  Not only were there some wonderful concerts, but also the location of Tromso offered some of the most spectacular views of the Northern Lights.

Anyway, after the third day of the symposium, I was ready to move on.  I'd already listened to the speakers I was most interested in hearing from and didn't feel like hanging around the campus.  So I made my way into the main city to explore the architecture and other sights Tromso had to offer.  I had just made my way down by the water and was enjoying looking up at the Northern Lights when I heard a familiar jovial voice saying, "Ah, here you are.  I see you decided to play hooky instead of attending my presentation.”
Turning I saw Otto walking up to me.  He was shaking his head and making tsk-tsk noises.  I could tell already by his manner that he had something on his mind, and it didn't take a genius to figure out what it was.  Cleary he had learned of another possible Para-Earth incursion and he wanted me to come along to help make sure nothing came through that shouldn't and vice-versa.
And looking back at that last sentence I realize now that I just zinged myself but good.  In my defense, our latest adventure has left me a little giddy but once you hear what happened you'll understand.

TO BE CONTINUED...
Posted by Allan Krummenacker at 8:01 PM