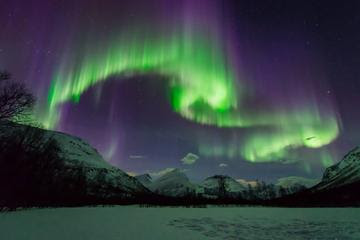 For those not familiar with foaling or the term “red-bagging”, normally the foal is encased in the amniotic sac which comes out first.   Once this has cleared the womb, there is a second expulsion from the mother which involves the placenta which has been providing the foal with oxygen and nutrition up to this point.  But in this case, both placenta and baby were coming out simultaneously meaning no oxygen was getting to the foal.

So you can understand why in spite of my anxiety about the approaching hunters, my first concern had to be breaking the sac so the foal could take in his/her first breaths of real air.  As I quickly started making my way back to the scene of the delivery I could tell the baby’s head had already cleared mom’s womb and was moving.  Starving for air, no doubt.  But then I noticed a curious stub-shape emanating from the forehead area of the unseen foal.  A second later it pierced the sac releasing fluids and other unmentionable things.
I paused to marvel at the realization that the foal was born with the beginnings of what would eventually be a magnificent horn like its mother.  And unlike in some species where horns or coloration was part of attracting a mate, it served an important purpose in birth.  No doubt, red-bagging was common among their kind and the horn had been an evolutionary development to help them survive.
Yet, in spite of the having pierced the sac the foal was still struggling so I quickly lent a hand and ripped the opening wider until the animal’s nose was clear and taking in air.  From there things moved quickly.  I wound up helping guide the rest of the foal out of mom and helped free it from the rest of the protective membrane.
After positioning him closer to his mother, I returned my attentions to our unwanted guests only to find they had cleared the deeper snow and could clearly see us.
“Look, someone’s found her already, Don!” said the one who must’ve been Eric.
“Yeah, but we have guns and he doesn’t,” the other replied, cocking his gun and quickened his pace.
Although I knew I could easily shape-shift and take them both down, a confrontation would mean gunfire.  And even a stray shot could hit mom or her newborn.  So instead, I resorted to another of my abilities.  Down by my feet a greenish mist began to cover the ground and make its way toward the pair. 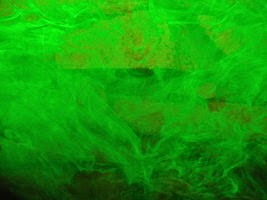 I made the layer thin and close to the ground so as not to alert them to its presence.  As soon as their snowshoed feet touched the edges of the miasma, it quickly worked its way up their pants legs and into their clothing.  By the time they were within twenty feet of me, it snaked into their mouths and noses.
Now I had them.
Smiling, I drew upon my years of studying in Tromso, and called out to them in a very convincing Norwegian accent.  “Hullo!  Oh am I glad to see you.  My mare, she has just given birth and I need to get her and her baby back to the stables.”
The brothers, for that was clearly what they were from their features, paused in mid-step eyeing me warily.  They either thought I was drunk or stoned, which is why they hadn’t lowered their guns at this point.
Finally, the one called Donnie stepped forward saying, “You got a mare that’s just given birth?  Must be pretty special.”
“Oh, she is,” I nodded eagerly, using the unassuming almost clownish manner that I had seen Otto use on many an occasion to make people think he wasn’t nearly as clever as them.  “At least to me.  I raise her from a baby and now she has given birth to her own.”
“Really?” Donnie said still approaching, “And here I thought she was special because of her being a unicorn.”
“Unicorn?” I repeated stupidly.  “What makes you think she is a unicorn?”
Now he was just five feet in front of me, and began pointing the gun at my head.  “Because I can see the horn sticking out of her head from here!” he snapped impatiently.
This was the crucial moment and I had to get things just right.  Carefully, a let a smile cross my face.  “The horn sticking…” I began to chuckle. “She get you too, eh?”  Now I doubled up with laughter, slapping my thighs and everything.
The brothers shared an uneasy glance at one another for a moment.  Then Donnie told his brother to check on the animal, while keeping me under guard.
As I continued my enjoyment of a good joke, my mind was working furiously to distort Eric’s perception of what he saw.  It was a crucial moment.  If his mind proved more resistant than I’d hoped, then I’d have to take more drastic measures.  One of my hands was already beginning to take the shape of a vicious dog head, when I heard…
“What the… Oh my God! That is so funny!”
This was followed by laughter and the sound of Eric joining us. “That’s not a unicorn, Donnie!  It’s a horse with a big icicle caught in the hair covering her forehead.”
“WHAT?” Donnie exploded and marched past me to see for himself.
While Eric and I enjoyed a good laugh, I kept my fingers crossed that Donnie was as susceptible to my mist as his brother had been.  After several pregnant moments, he came stomping back towards us looking disgusted.  “I don’t believe it.  We came all this way for a stupid horse!” he groused and turned to his sibling, “This is all your fault, Eric!  You’re the one who insisted unicorns were real!”
“No, I only mentioned it to Jared and our sister so they’d have an excuse to go skiing out this way.”
As the accusations flew, I quietly wandered back to my charges.

Mom was giving her offspring a good cleaning off while he enjoyed his first real meal from her.  She paused briefly to shoot me what I can only describe as a look of gratitude.
I smiled and was about to tell her it was my pleasure when a menacing howl erupted from somewhere nearby.  I call it a howl, but it was more of a call which had come from no creature known to this reality.  The sound was so chilling, even the newborn paused in his feeding to shoot an anxious look at his mother, who in turned a frightened gaze to me.
I’m not going to insult myself again by saying it didn’t take a genius to figure out what had made that noise.  I already knew.  Whatever had attacked her earlier had caught her scent through the portal and was coming…

TUNE IN NEXT TIME TO MEET THE PARA-EARTH THREAT AND AN AMAZING RESCUE!
Posted by Allan Krummenacker at 1:53 PM