“Needless to say I learned all to quickly that my experience back that the bar was not uncommon,” Nadine sighed.
“Sad but true,” I commiserated. “Let me guess, it started with the whistles and the ‘Hey, Baby, you lookin’ good’ routines.”

“Pretty much,” Nadine nodded, “At first I was tempted to steal from Bender in Futurama by saying something like ‘Shut up Baby, I know it!’.”
I tried not to laugh, but she did the voice of the robot so perfectly I couldn’t stop myself. Still I quickly pointed out that I hoped she hadn’t said that. Sometimes talk like that could lead to confrontations. Some guys did not like being talked back to and could get pretty aggressive. 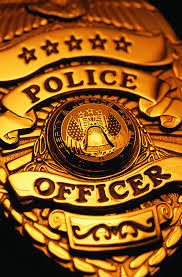 “Or it could get a badge flashed in your face,” she replied shaking her head.
“Oh dear, Lord,” I muttered aloud while leaning back in my chair. Having actually been a prostitute I knew that routine all too well. Depending on the officer, you’d have to talk your way out, get arrested, or ‘come to an arrangement’. The few who preferred that last option, were always more than eager to pull out their ID whether or not you’d been soliciting. If they already knew you were in the ‘biz’ that was all the excuse they needed to harass you.
Now it was my turn to shake my head again. “So, one of the cops around here actually thought you were soliciting?”
“No, that happened on one of my first outings over in Charleston,” she told me. “I’d decided to hit the mall over there in order to expand my wardrobe since I was starting to go around like this again.”
“Didn’t want to be seen in the same outfit more than once?” I teased. As much as I hate to say it, I was starting to really like having girl talk with someone closer to my age, so to speak. I love Marisa and Lisa to pieces, don’t get me wrong. But they have a lot to learn about life still, whereas Nadine had experienced way more than even me. But I felt more comfortable talking this way with her, even if she was still learning what it meant to be a woman in this world.
While all that was going through my mind she answered, “Something like that. I knew I could borrow clothes from you, Lisa or Marisa, but... I didn’t want anyone to know what I was doing just yet. I knew the girls would insist on going everywhere with me but I felt that might defeat the purpose.”
I knew exactly what she was saying. “They’d try and shield you by going places they felt more comfortable going,” I nodded.
“Exactly!” she smiled.
“And you didn’t tell me because...?” I prompted.
“I would’ve asked you to show me all the bad stuff and I didn’t want to drag you back down that path,” she replied.
I knew what she meant. The two of us had had many talks over the last two years. As Nathan, he probably knew more about my life than even Richard did. Not that I was keeping anything from my man on purpose. He didn’t like prying into areas of my past I wanted to forget. But with Nathan, it was like having a big brother or favorite uncle you could tell anything to and know you’d never be judged.
“Well,” I said after a while, “If you decide to keep going around like that, I wouldn’t mind heading out with you once in a while. I like a bit of a girls night out once in a while, you know. Not that I don’t like going out with Lisa and Marisa, mind you...”
“But they’re still on the youngish side,” Nadine finished with a nod. “There are certain places they’re still not old enough to go to.” 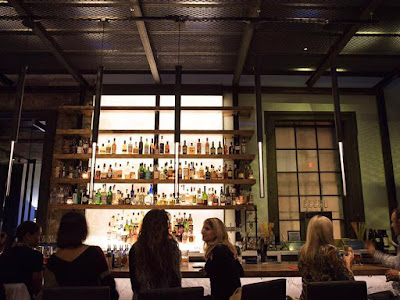 “Plus, they’re young enough to attract even more attention to us,” I added.
That got me a raised eyebrow from my friend. “Considering what I’ve seen these last two months, you’d attract just as much attention as those two put together.”
That made me laugh because I knew it was true. Not that I’m being too full of myself. It’s just, a lot of what we’d been discussing was still happening to me. In some ways it was flattering, in others... it was disconcerting. Having been in ‘the game’ as long as I had been, I’d noticed a certain trend growing among some of our clientele. A certain ‘aggressiveness’ had been emerging, more so than what I’d seen in the past. Oh there’d always been certain men who liked to play rough, but this kind was different. It wasn’t just play, there was a darker edge to them and I was seeing it more and more in younger as well as older men and that was worrying.
I began to wonder if Nadine had noticed such a trend or was it just me?

Posted by Allan Krummenacker at 3:55 PM