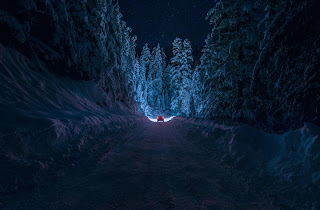 After a while Mom said, "Where are we going?  There aren't any tree lots out this way."

I practically climbed into the front seat with them to get a better look.  Sure enough, in a clearing up ahead stood Nathan wearing a an old fashion burgundy frock coat, with a black cape over it.  While on top of his blonde head, he had a black beaver hat angled every so slightly to give him a dashing look.

Luckily we were able to park quickly and got him out of the car.  Since I was right next to him, I had the 'fun' of getting him out of his car-seat.  Let me tell you, trying to deal with an overexcited two-year old who won't stop squirming is an experience I won't soon forget.  Nor will my stomach where he kept kicking me without realizing it, because he wanted to get to Nathan so badly. 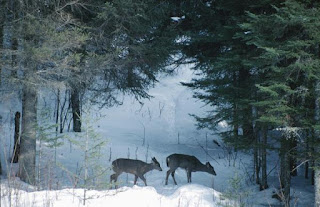 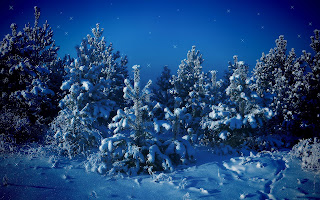 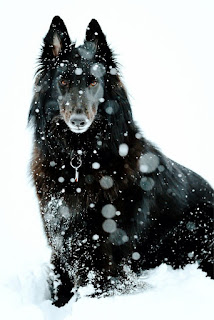 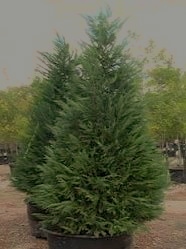 Within minutes the tree wobbled and tilted to one side.  A moment later the two dogs emerged from behind it and slipped back under the black coat from which they'd emerged.  As my father brought the sled with the big pot on it over to where the tree lay, I watched the shapes moving beneath the cape and breathed a sigh of relief when I saw hands appear and Nathan stood up.  As he adjusted his hat, I noted that there was not a speck of dirt anywhere on his hands or face.  He truly is a wonder to behold sometimes. 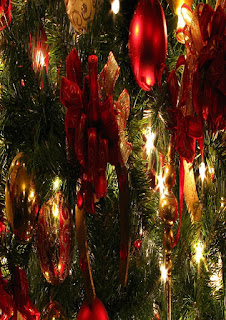 Now we're all back in our home, the tree is completely decorated and Dad has just lit the log in the fireplace.  Nathan is resting on the sofa with a blanket over his legs... or rather where his legs would be.  On the floor nearby, Geoffrey is playing with a couple of smaller versions of the black dogs who dug our Christmas tree out of the ground.

Poor Nathan, he's going to be legless for a good hour or more, meaning he'll be stuck on the sofa.  I'm going to join him after I finish this post.  He's going to be staying with us all throughout the holidays this year.  Normally he heads to Connecticut to visit another part of his 'extended' family to spend Christmas Eve, but they are celebrating elsewhere this year which means he's all ours... or rather mine this time.

Love, family and friends, those are the greatest gifts to have at this time of year.  And I'm going to go get a little of the first, right now.  I've got a little bit of mistletoe in my pocket and there's a very inviting spot right next to Nathan on the sofa. 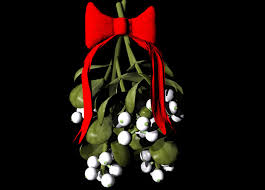 MERRY CHRISTMAS EVERYONE
Posted by Allan Krummenacker at 1:53 PM No comments: