The kiss had taken me by surprise, but I didn't fight it.  Instead I returned it with all the gusto and feeling I've always felt for her.  I think it took her by surprise, because when we finally parted she had to take a moment to catch her breath. 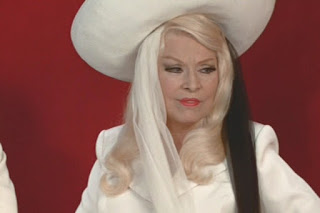 "You never did hold back," she managed to whisper after a few seconds, but there was a smile on her face.   Then it slowly faded as she looked away saying, "Paul's the same way.  The two of you are so alike."

"Except he's built like Mr. America whereas I'm still on the slender side," I pointed out.  Paul Novak had been on of her muscle-man back-up dancers from her Las Vegas revue.  The two of them had been together for sixteen years, and as far as I knew all had been well.  But the kiss that Mae had just given me, was worrisome.  "Is everything okay between you two kids?" I asked.

She turned and gave me one of her trademark 'looks'.  "Honey, if you think I'm a kid, you need glasses or to cut down on the drinking," she smirked, but I could see in her eyes she was troubled by something.

Ignoring the opening she'd left me for a good comeback, I went over to her and asked, "What's wrong, Baby?"

"Paul," she answered with a sigh. 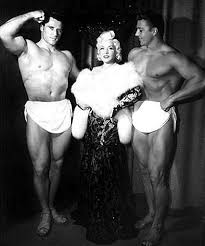 "He's not stepping out on you, is he?" I asked in surprise.  From what I'd seen of the big man in the past, his devotion to Mae rivaled and even possibly surpassed my own.  Surely he wouldn't be cheating on her after sixteen years.

Mae quickly shook her head.  "He's as devoted to me as ever, it's just..." Looking up and around at our surroundings she said, "This place is like me.  Older, falling down in some areas... while he's still  pretty vibrant and young by comparison..."
"And can't keep his hands off of you, right?" I finished for her with a smile.

That made her laugh and some of the old confidence came back.  "You'd better believe it, Honey," she replied in her Diamond Lil persona.  "Not that I'm complaining, you understand?"

Nodding I smiled and leaned up against the doorway and asked gently, "So why did you kiss me?"

"Sometimes, I just wonder why he's still so crazy about me," she confided.  "I knew from the beginning there was a thirty-year difference in our ages, and that I wouldn't look the way I did at fifty forever.  I see the changes, yet he's still as in love with me as ever, possibly more.  Can he really be that happy with me or am I living in a dream?"

I'd seen her vulnerable side before, but it had been a long time ago.  Everyone believed the tough, wise-cracking, sassy-blonde act from her movies was the real her, but I and a few others knew better.   I also knew what she was really asking.  Was she still beautiful enough to fire men's passion, especially with someone who had shared many intimate moments with her so long ago.

Before I could say anything she continued.  "You told me about your first wife, Madeleine and how she'd been twenty years older than you when you married her." I nodded, "She'd been married to my commanding officer and best friend, Brian Weston.  I was the one who brought the news to her about his falling at Gettysburg in 1863.  She and I married a couple of years later."

"And you stayed with her until she died in her early seventies," Mae continued.

"That's right," I told her.  And then I added without pause, "And I ravished her almost every night up until that day."

"Even though she didn't look the same as when you married her?  Didn't the lines or other changes bother you?"

I'm proud to say I shook my head with complete confidence and honesty.  "She was still my Madeleine and I was as crazy about her as I was the first time I laid eyes on her when I was ten.  And had she lived another twenty years I would've held, kissed and caressed her every moment I could."

"Is that what would be happening to me right now?  If I had said 'yes' all those years ago, you and I..."

"Wouldn't be standing here simply talking, trust me," I assured her and stepped closer.

She held up a hand, "Easy there, Tiger.  I'm spoken for..."
"I know," I replied and took her hand and stared out towards the glass doors near the concession stand.  "And he's waiting for you." 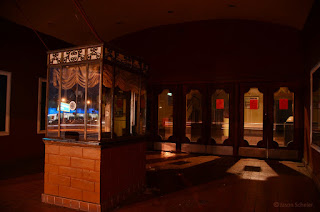 A look of amazement crossed her face.  "Paul's here?" she gasped, "I didn't tell him where I was going.  Did he follow me?" she asked getting a little cross.

"No, he was just passing and I stopped him with a small dose of my mist," I explained.  "I noticed him while I was still standing by the concession stand and you called out to me.  A part of me assumed something was up, so I let a piece of myself slip outside and got him to hang around while we talked."

She studied me for a moment.  "Can you tell if he's upset?"

"I've been a little moody lately, thinking about what you and I have been discussing," she admitted.

"He loves you as much as ever," I told her.  "Never doubt it.  And I know you love him the same way.  With love like that, age will never be an issue."

She looked at me and smiled.  "I wish I could've believed you back in Roaring Twenties when you said those same words to me.  But I just couldn't see you really staying with me as I got older and you stayed young."

"That's not true," I pointed out.  "I do age, just at a much slower rate than most people.  The truth is I physically age 1 year for every ten that passes.  Remember, I was only sixteen when I joined the Union Army."

"And now you look like you're in your mid-twenties," she replied with a sigh.  Then a sly grin crossed her face, "But you're still on the scrawny side.  I like my men with a lot of muscle."

"I've got plenty of muscle," I protested.  "Remember that night when those five guys..."

She cut me off saying, "I meant muscles that show, Honey.  No offense."

"None taken," I assured her with a smile.  Then I took another look around us and asked, "So were you serious about restoring this place?  Or was it just an excuse to bring me here?"

"I've been thinking about it for a while actually," she admitted.

"Then let's do it," I replied and then caught the smirk on her face.  Immediately I realized my faux pas and quickly added, "Restoring the theater, I mean."  I could tell my face was turning red even before I spoke.

Not that it mattered, she was grinning from ear to ear saying, "Even after all these years, I can make you blush like schoolgirl.  I must still have IT."

"You do, Mae," I assured her, "Now why don't you go and join Paul outside.  Tell him about your plans and then call me.  The three of us can get together and discuss how to get the restoration going."

"Why don't you come outside with me and talk to him now?" she asked.

"He's been on edge for a while," I told her.  "Finding out you met me in an old abandoned theater, may not look right, if you know what I mean."

She nodded.  "You always were a gentleman."

"Except for when you brought out the beast in me," I smiled and waggled my eyebrows.

"I certainly did," she grinned back and headed out through the lobby. 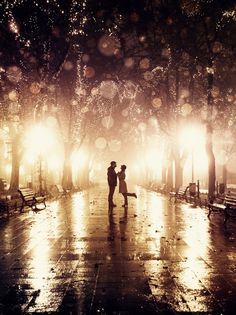 I stayed in the theater until she and Paul were gone, then I slipped out in my mist form to make sure they were doing okay.  I caught up with them as they were walking through a park, where I took a little liberty and spread myself out like a host of fireflies and illuminated their way.  I could tell Mae suspected it was me, but Paul remained blissfully ignorant.  He simply pulled her closer and enjoyed being with the woman he loved.

I did hear from them a few days later and the three of us bought the theater and started the restoration process.  We stayed close for the rest of Mae's life.  After she passed, I kept in touch with Paul and watched over him, just as I knew Mae would want, until he joined her.  By then I was watching over her goddaughter who was now tugging at my sleeve saying, "Uncle Nate?"

I blink and find myself back in the present.  "Sorry, I was wool-gathering," I told her.

"More like you were thinking about my godmother again, weren't you?" Olivia teased.

"She was amazing," I smile wistfully and look back at the playbill.  "Let's go for it.  I think a few nights of burlesque and some vaudeville will be a lot of fun?"

Olivia smiles and turns to Gina, "See?  I told you he'd go for it."

The Latina beauty nods and folds her arms saying, "Yeah, but what about the 'other' show you want to put on for next Halloween?"

"Whatever it is, I'm in," I tell them, without pause and quickly regret it.  The two of them eye each other wickedly and pull out another poster and unfold it for me to see.  Immediately I regret my hasty words.  "And what part do you have in mind for me exactly?" I ask with a sinking feeling.

"NO!  No way!  Not happening!" I protest, but it's already a lost cause.  Each of them has one of my arms and are dragging me off the stage towards the dressing room for a trial make-over.  I argue all the way to the dressing room, but it's too late.  It turns out that Olivia can be just as persuasive as her godmother, and somewhere back in the theater I can hear Mae laughing herself silly. 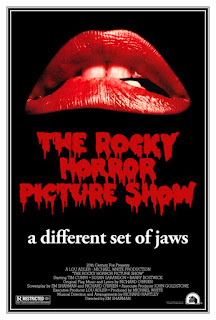 Posted by Allan Krummenacker at 8:55 AM No comments: