So here I am, creating my very first blog entry.  Night has barely fallen outside, I can hear the rustlings of nocturnal creatures, who are as familiar to me as my own portrait, just outside these walls.  Soon I will join them again.  Enjoying our nightly rambles, through the brush and empty streets.  But first I must complete that which came here for.

I confess that I still find the idea of using a computer to record my thoughts and memories a little... strange.  Especially one that can rest in my lap.  I saw the pictures of the early ones that took up room after room of space back in the 1950's. 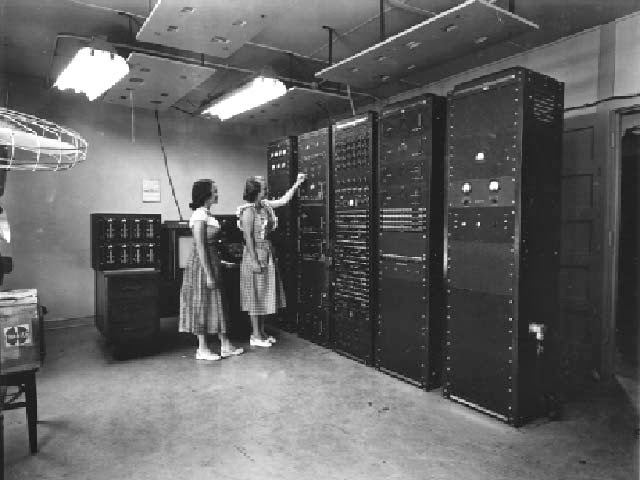 I even got to work on some of the ones that came later, with their huge spools of tape.  These days, you can fit more data than those eve could on a flash drive that is smaller than my finger.  Amazing.

In just a few short decades the technology advanced by leaps and bounds.  Some would say it seemed to happen in the blink of an eye.  I know better, it was hardly that quick, but it was fascinating to watch it happen.

But I digress.  I'll have plenty of time to dwell on the things I've seen over time later.  Right now I need to take advantage of the museum being closed and copying some of my old correspondence into electronic form.  My godson Brian assures me that the words I copy will continue to exist in the ether of the internet for centuries to come.  We'll see.  If I can still access them in another hundred to two hundred years, I'll be more at ease.

Words and thoughts floating about in an electronic pocket, insubstantial yet as real as if they were put to paper, still fascinates me.  In spite of all the things I've seen and learned since I took my first and last breaths so long ago, humanity continues to amaze.  Thank the heavens, my father always encouraged me to be curious and try new things.  He also taught me not to let go of the past and the things I loved, learned and lost.  He told me, nothing is truly lost if one can hold onto it in the heart and mind.

He was right.  There are many who I can no longer touch or hold in my arms, but are still very much still alive within me.  But even a brain like mine cannot remember every little thing on a moment's notice.  Our brains are constantly filling with new data, faces, likes, hates, and information that things can get cluttered.  Which is why I started journal writing back when I was only ten.  Even back then I understood how easy it was to lose track of one's thoughts and memories at times.

I've kept all my journals, at least the ones that survived time, the elements and of course the fires.  I have a tendency to stay too long in some places.  Even when I hear some of the murmurings whispered in voices so faint, the speakers have no clue I hear them as if they were standing right next to me.  Murmurs give way to speculations.  Speculations then lead to secret meetings of those with a like mind.  Eventually, they in turn lead to spying and eventually open hostility.  Finally, action is taken, either by a few chosen or an entire community where entire homes and their contents are lost in flames.

However, I have an extraordinary memory and can recall most of the things I put to paper so long ago.  But this is not always the case. Which is why I have come to the museum.  My godson and his father, another godson of mine, oversee the place and all its treasures.  They and their families know me and what I've become, or rather what I became long before any of them were born. None of them fear me, only for me.  They are my guardians and defenders, as I have been theirs since the day I came back from the battlefield in 18... no.  That's as story for another entry.  I'm digressing again and I know why. 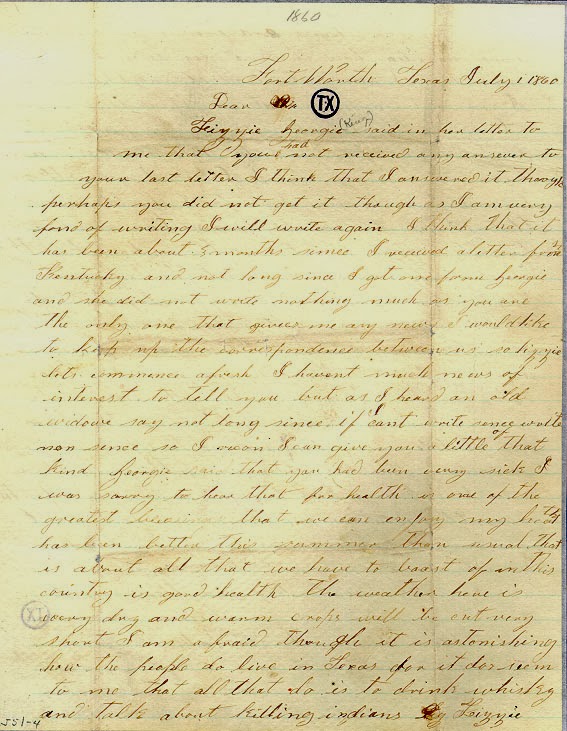 I glance down at the yellowed pages that lay preserved in plastic sheets at my right hand.  The ink has browned with age, but the handwriting is still very legible.  As well cared for as they are, these pages will one day crumble and be lost to me along with their words and the emotions they convey.  As painful as the task before me is, I must once more read those words and copy them onto a new page where time will not take them away from me.  An electronic page that will not crumble if touched by hand or age.

I take a deep breath, well not really.  It's more an old habit that never leaves you.  A memory the body has not forgotten and continues to do without you really thinking about it.  I have to admit, it's one of those little details that keeps people from wondering too much about me.

There I go again.  ENOUGH!  No more distractions.  I must copy these letters, or at least this first one.  Perhaps after I've done it, the others will be easier.

I will be gone by the time you find this letter.  Pray forgive me for leaving without saying goodbye, but I know you would've tried talking me out of going if we'd met.  Know that I am fully aware of what I am doing will be dangerous.  However, there is so  much more at stake than just my safety.

Father himself spoke to us all at length about things discussed at the convention in Wheeling.  Our state of Virginia has become as torn asunder as the country itself due to the growing conflict.  Brothers are being drawn into conflict with each other on the expanding battlefield.  This can only be stopped if the rebels and traitors are forced to lay down their arms and return to the Union, before the war becomes too large to contain.  So, I go with my friends who have donned the blue uniform, to try and end this nightmare before it becomes too much to stop easily.

Know that our commanding officer, a good fellow named Captain Hughes, assures us all that we can have this whole matter resolved within two months and that we will all be home before the year is out.  So rest assured, that I will be back in time for you and I to share Christmas along with mother, father and all our friends within the house.

I want to see you hail and hardy on my return, which means you are to listen to Doctor Henry and take the medicine he's prescribed for you.  That cough you developed recently sounded very unpleasant.  So rest and get well while I'm gone.  I shall return, perhaps with a medal or two for acts of heroism.

Until then know you will always be in my thoughts, and I remain your loving  brother,

A barely finish typing the last words when I hear, "Uncle Nathan,?"

I sit up and turn to Brian, holding out a box of tissues to me.  He gestures with his head to the plastic covered letter on the desk.  Drops of red have splattered across the protective covering.

Automatically I reach up and touch my cheek and feel tracks of warm, sticky moisture.

Sighing, I take one of offered tissues and wipe my face.  Brian tells me he'll take care of cleaning the sheet protector.

"Thank you," I tell him and stand up.  This was far harder than I expected, but it needed to be done.  A first step.  Perhaps the other ones will be easier to transcribe.  Then I think about the house I grew up in, just a few blocks from here and the family plot in the back.  No, it won't get easier.  It never did.  Especially around Christmas...

Posted by Allan Krummenacker at 9:30 AM 2 comments: