Happy 4th of July Everyone! 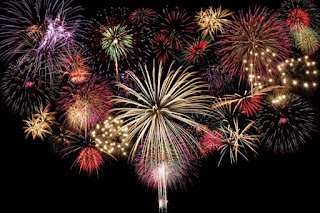 Tonight's fireworks display was spectacular as always.  I have to say here in Pointer we know how to party.  There was a huge barbecue in the park as always where most of the families converged.  Marisa, me and a few others like Teddy had blast.  There was the annual softball game, frisbees flying everywhere, and the traditional water balloon toss.  And as per usual, the waterballoon game turned into an all out water pistol fight thanks to 'certain' individuals who's name begins and ends with the letter N.  Naturally, Uncle Nathan denies the charges even though he was the one who handed me a couple of the water pistols himself claiming they were "Strictly for self-defense."

He doesn't realize I saw him pull another one out of his costume and nailed Marisa with it.  Then he had the nerve to tell her it was me who started it and then handed her a couple of weapons so she could get even.

Amazingly, he managed to stay dry the whole time.  I think it was the outfit that got him spared. 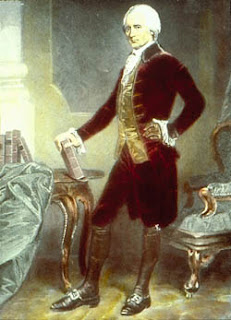 Dressing up like Richard Henry Lee, the representative from Virginia who first called for the colonies to break away from England during the Second Continental Congress, was a masterstroke.  No one had the heart to mess up his outfit.  Plus it allowed Uncle Nathan to disappear and reappear throughout the festivities as needed.  I know he had to keep hitting the red stuff in order to stay outside on a hot sunny day like this.  And of course, the guise allowed him to wander among all the families, including those who had no idea who or what he really was.  He does this sort of thing every time he spends the Fourth of July with us, which is like every other year.

After the great water battle ended, a bunch of us felt like cooling in the shade for a while and headed for the large canopy where Uncle Nate was relaxing.  His face was a bit red so I knew he'd just had another bag or two of blood, which meant he'd be good for another couple of hours.  By then the sun would be setting and things would cool off and he'd be all right.

Remembering he needed to 'stay in character' I asked, "Mr. Lee, how does this celebration compare to the ones that took place years ago?  Have they changed much?" 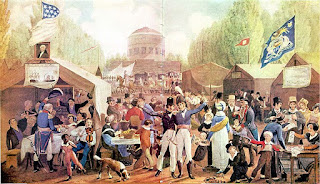 Smiling he began speaking, "Well, my dear, back in my day the morning would start with artillery fire, which woke up most of the town who hadn't already been up.   Then there'd be some cannon and musket firing a little later and there would be a parade.  There'd be music, marching soldiers, and of course there would be speaker who'd gone on for about an hour or two.  Then the real fun began, at least for the men.  They'd head to a tavern while the women went home and took the children with them..."

At that point I had to butt in.  "Hold it, you're saying the women went back to their drab daily lives while the guys partied?  Am I the only girl here who finds that offensive?"

A loud "NO" erupted from all around me, which pretty much included every mom who was present. 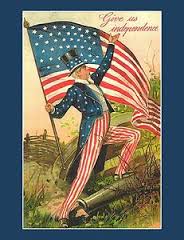 Undaunted, Uncle Nathan continued, "I quite agree ladies.  Which is probably why things started changing around the 1850's.  Then the celebrations became more like what we have these days.  Oh there were still the parades, cannons, and muskets, but then most families would to on a picnic and watch the fireworks at night."

Here he paused and glanced around at his audience which had grown considerably, "We've had fireworks since the very first celebration, for those who didn't know.  And yes, we were careful not to burn down the entire town while doing it.  That's another thing that hasn't changed.  We were very proud of our accomplishment and how our country managed to hang in there and stay together.  Oh we've always had our differences of political opinion and what should and shouldn't be allowed, but America has always managed to hang together.  And that's because the people stuck together.  Here in West Virginia we fought to free people who had been denied their rights to be citizens because of skin color.  As a nation we later fought to keep aggressors from threatening our way of life and that of others overseas, not only once but on many occasions.  America was made up of immigrants and welcomed even more who brought many customs and ideas which became part of everyone's life.  And we have to remember that.  Some people complain about others not learning how to speak, read, or write in English, but not everyone did when we first started out.  Some cannot learn because they're too old or unwell and we have to make allowances for that and remember that none of our ancestors knew the native tongues of those who were living here before WE arrived.  But they were tolerant and tried to understand us because they knew some of us came to escape persecution.  In New York harbor there's a very tall lady who still welcomes everyone who wants a chance at a better life or to escape some kind of threat.  Patience, tolerance and understanding is what she represents as well as a second chance at a better life. May we all remember that and try to live up to those promises."

With that he raised a glass and wished us all a Happy Fourth of July and finished with "God Bless America and all who come to her shores."  Once more everyone cheered and I thought, so this is what the 4th of July was like when he was a boy.  We had a parade, a bit of cannon fire, muskets, a huge picnic, comeraderie and now we'd had a speaker.  A speaker who managed to reach out to his audience and make us really think.  And in a few hours we'd have fireworks.   Yeah, this is what the 4th of July should be like.  Thanks Uncle Nathan. 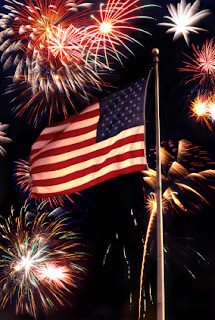 Posted by Allan Krummenacker at 8:47 AM No comments: