Another Note From the Author....

Hello everyone, sorry for the slow updates recently.  I had planned on another post today, but life has a way of kind of being really getting in the way sometimes.  Especially when you're going back to college.  I started attending my first university this week.  Prior to that the past few weeks have been chaotic with my wife getting a new job.

She got her Bachelors Degree last spring at the same university where I'm going now.  She studied to become a high school math teacher.  This summer had been a rough one for us for several other reasons as well, including her taking special summer courses for her credential to be come a teacher.  I had to drive her around a number of places including a couple of schools where she was interning.  A lot of that driving meant time away from the keyboard both for this blog and the novel itself.    There were a lot of things to be done around the house that only I was available to do (cleaning, laundry, errands, etc.)

I also had to go through some skin cancer surgery, which didn't always leave me in the best of shape to be working on things.

These last two weeks, I was spending a lot of time on the novel itself thanks to my wife's new job.  She had to go through the interview process, be offered the job, accept it, and went through a couple of weeks of training at the new school so she could settle in.  Now the location of her job was in another town about 1/2 an hour away from where we currently live, which is actually quite a nice drive.

But even better, the town where she's working has the most beautiful library, where I parked myself for hours working on the book.  I'm happy to announce that the 1st draft is almost finished.  I'm within pages of finishing it off.  Once that's done, I'll be doing a second draft to iron out certain issues such as clarity of thought, spelling, making sure the story flows, and finally getting to work on the actual cover.

After the 2nd draft is completed it will be going to my proofreader/editor.  Then I will do the 3rd draft at which point it will be unleashed on some willing Beta-Readers.  Once I hear back from them, a final draft will be completed and the book will be released.

How long will all that take?  I don't have a clear idea yet, but the release will happen between late October and early December.  That much I can tell you.  It will all depend on how long it takes for others to get back to me (editing, beta-reading, etc.)  Once the 1st draft is completed the second one will come fairly quickly.

So hang in there, the actual novel is coming.  I will be posting more blog entries by the various characters you'll be meeting in the book very soon.  Some will be funny, others interesting, a few tearful, but I'll try not to leave you bored.

A new post will be here in a week.  From what the characters are telling me, we'll be hearing either from Nathaniel, Lisa, or Marisa.  Or someone completely new.  Some characters can get kind of pushy.

For now I bid you a pleasant week.  Come freely, visit frequently, but always leave a bit of the happiness you bring to this blog.  (paraphrased from Bram Stoker's Dracula).  This is my copy.  As you can see, I've read it a 'few' times, give or take... 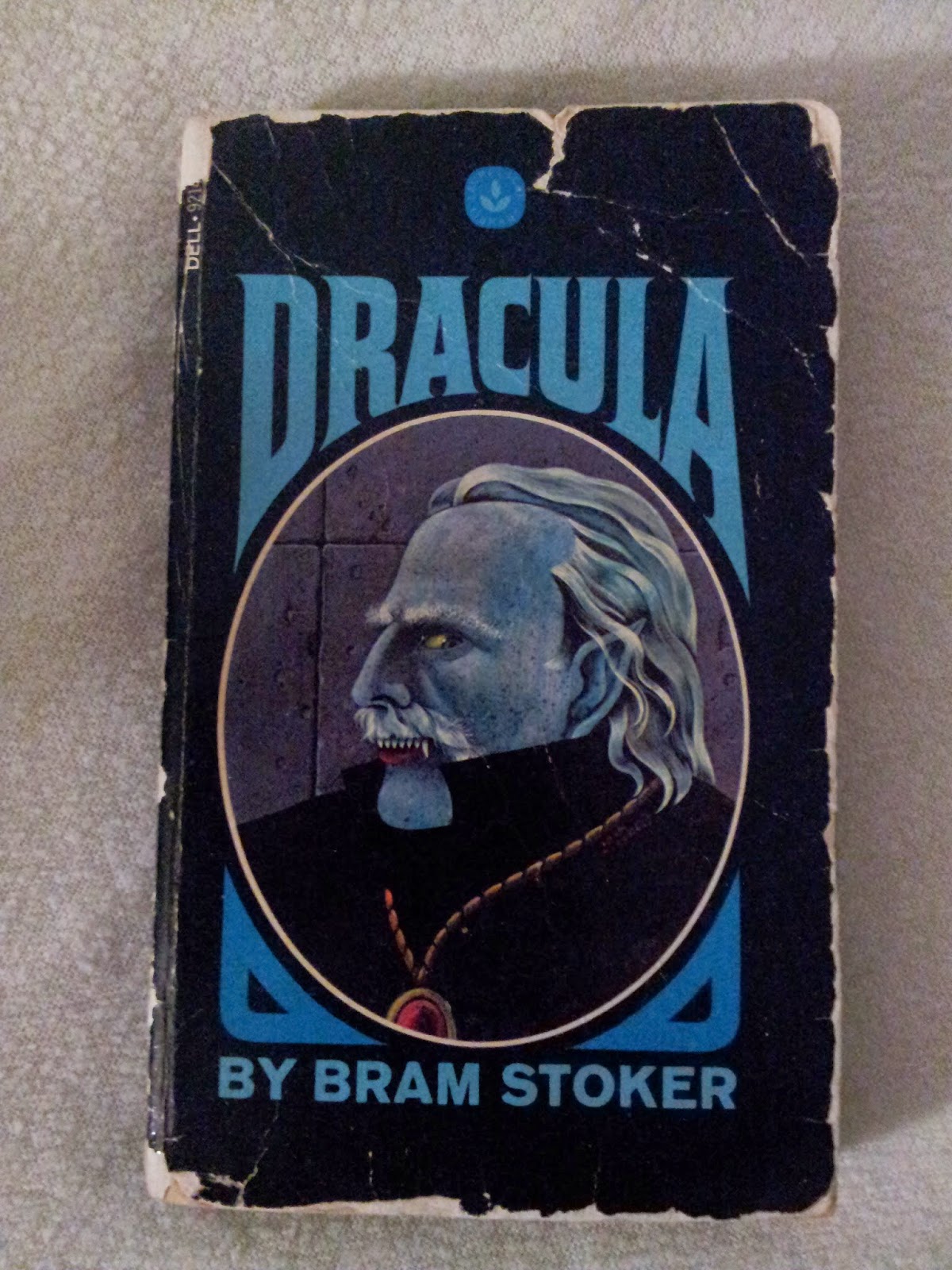 Posted by Allan Krummenacker at 8:02 AM No comments: