While scouring my art studio for clean paper I found one of my old journals which I thought I'd lost.  It's a fairly recent one with only a few entries in it.  I remember buying it just after I headed out to California to meet with some movie producers down in Los Angeles.  It had been many years since I'd last been down there so I bought some art supplies to do some preliminary sketches to be turned into paintings later on.  The journal had originally been intended so I could make some mental notes and impression, but it wound up being a travel diary after I made an unexpected stop in Monterey and wound up visiting my first aquarium...

*Note:   Yes I know it sounds weird but most places like this have daytime business hours.  I was lucky to catch this one with extended evening hours.  Furthermore, not everywhere I've gone has been close to the water.  A pity really because I really enjoy walking along the sea, or traveling on a ship.

I need to do that some more.  Anyway, here goes...

Well, everything is set.  The producers were happy and so am I.  Soon my bank account will be as well.  Negotiations for the rights to my first two novels are set and all is well.  I've come back north to stay with some old friends, the Cloudfoots.  As the name implies, they were of native American ancestry dating back to way before my time even.

I met Jason Cloudfoot some years back over in Connecticut, when his niece disappeared around Christmas.  After helping find her, Jason and I became fast friends and I visited whenever I could.  Over the years he's told me some wonderful tales of Seneca lore, while I've shared many of my own personal stories and adventure with him. He's one of the most remarkable men I've ever met.  He's one of those rare people who figured out right away I wasn't all that I appeared to be... but that's a story for another time.

I got to know his children and helped keep an eye on them they were growing up and they too know all about me and what I am.  Now they have families of their own and have moved out this way and are currently living up near Santa Cruz.  When they heard I was going to be down in Los Angeles, they insisted I swing up north and come to stay with them for a few days.

When I gave them a date they asked me to meet them here in Monterey, because they were taking their own children to the aquarium located here.  Apparently, this place keeps long hours and occasionally have sleep-overs for children who wish to spend the night surrounded by the mysterious beings from the depths.

I agreed to meet them and I'm so glad I did.  I've never been to an aquarium like this before.  To me, an aquarium is a big twenty to thirty gallon tank in someone's living room, filled with gold-fish or whatever.

I had no idea what a treat I was in for.  This place was magical.  I've practically filled my sketch pad with pencil drawings of creatures and settings I'd never dreamed existed.  Oh, I've seen photos in magazines, but to actually be here is another thing entirely.

For one thing, each exhibit room has it's own background sounds.  There's a jellyfish exhibit that is nice and dark (perfect for someone like me) with the most ethereal music playing in the back ground.  It was so soothing and relaxing I almost didn't want to leave that room.  The types of fish varied more widely than I ever suspected. 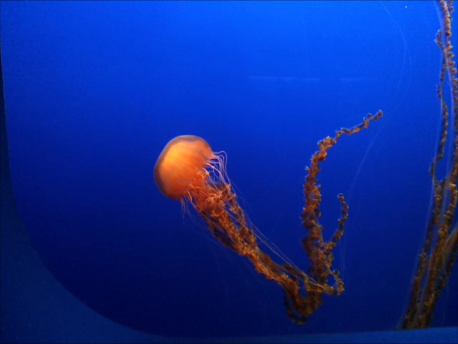 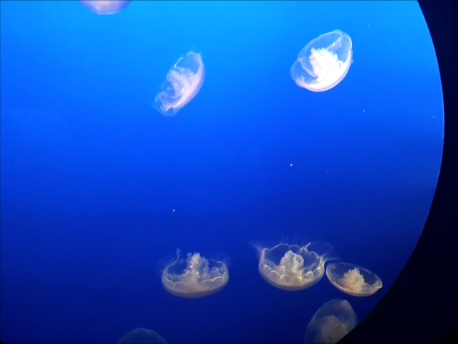 Then there were the sea otters, playful furry beings who are so gosh-darned cute as well. They are also very large, much bigger than I originally expected.  Some are the size of a large dog, as in 60-70 pounds big.  Yet they were so graceful under the water. 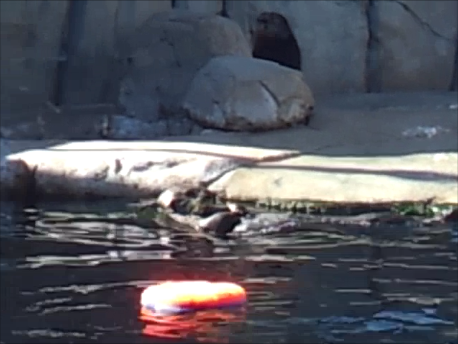 There was a particularly interesting blue room with a circular ceiling.  Inside the ceiling was a series of glass windows all interconnected, with silver sardines racing about in one huge continuous circle.  It was both dizzying and breathtaking.

I even got to see my first real live octopus.  My timing couldn't have been more perfect.  Like me, the creature is usually very shy during the daytime hours.  But tonight, he was more lively and I got to see him to great advantage.  I made several sketches of him for future use. 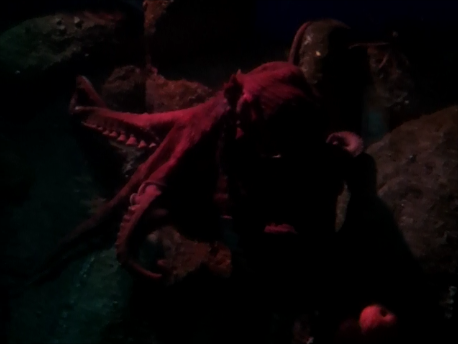 A part of me could have stayed in this wondrous place for days or weeks.  Alas, time was getting on and the children decided they wanted to be home instead of staying for the sleepover.  Too much excitement for them they said.  Personally I think they were a little intimidated by all that was around them and I couldn't blame them.  Everything here inspires both wonder and awe.  I could set up my easel and spend night after night painting these wonderful creatures.  This place is truly magical... 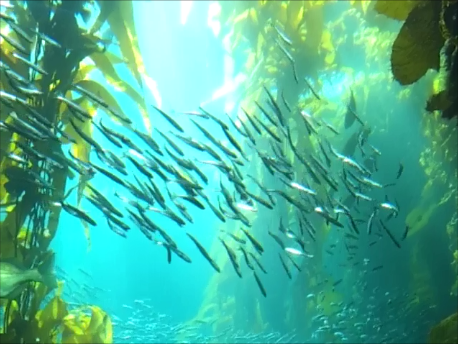 Alas, I haven't been back there since, duty has called me away to other places.  But I hope to get back there soon.  Jason is no longer with us, but his children know me (and what I am) yet always ask me to come and visit them again.  Which I will do shortly.  There are other sights and places I wish to visit, like the Santa Cruz Beach Boardwalk and a supposed "Concrete Boat".  Jason's son always laughs when he mentions it, perhaps it's the incredulous tone in my voice.  A concrete boat?  That is something I have to see for myself.  I'm planning on going to see them next month.  I'll write more about that adventure when I get there.

For now, I'm going to set up my easel and try and make up my mind which of my sketches to work from first.  I'll either do several pieces or use the various creatures to create one large painting.  We shall see, it's so hard to say.  They are all so beautiful and colorful.  My palette will get a hell of a workout over the next few weeks. 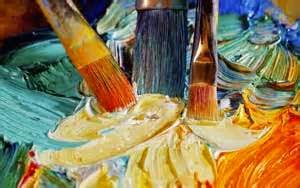 Posted by Allan Krummenacker at 9:49 AM