Nathaniel's E-Journal July 10th,2011 "My Goddaughter Is A Psychic"

I've walked this Earth for over a hundred and fifty years and never tire of the surprises the world still has in store for me.  This summer I've been touring Europe with my godson Brian, his wife Annie and their daughter Lisa (who is also my godchild).  Annie is expecting their second child in a few more months so I'm keeping a close eye on her as we travel.

Brian is a history professor over at a college back in West Virginia and had wanted to travel overseas to get some firsthand looks at historical places.  Knowing that I'd spent a fair amount of time in Europe actually witnessing many events in the early 20th century he'd asked me to act as tour guide.  I did point out to him that I wouldn't be available for a lot of daytime excursions, to which he said, "True, but I know you have a lot of extended family connections over there who could show us around.  Plus they'd love to see you I'm sure."

I had to admit he got me on that point so rather than take just him I brought his whole family over.  I figured it would be educational for Lisa and a wonderful change of scenery for Annie.

We spent a good three weeks just in England alone, before crossing the channel into other places.  After a short stay in France we moved on to Germany, where I first began to notice something different about my goddaughter, Lisa. 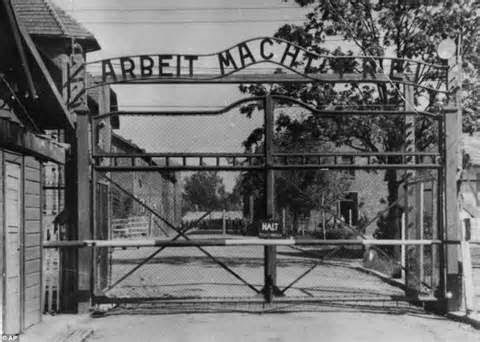 With Brian being a history professor, he naturally wanted to see the old concentration camp at Dachau.  I arranged for a private tour, but did go with them.  I'd seen such places in action long in the early 1930's, long before the war began.  Some folks never realized how long they were going before the first shots were fired. The memories of what I saw and experienced inside those places have never left me.

Mind you, the ones I had been to were mostly the temporary camps, which had been hurriedly built to hold 'detainees' while the main camps like Dachau and Auschwitz were being constructed.  Those temporary facilities were completely dismantled afterwards and most of their names have been lost to history or mysterious fires that wiped out the entire facility.  Not many people hear about those, because no one likes to speculate how the flames seem to claim only only the officers and guards of the facilities. 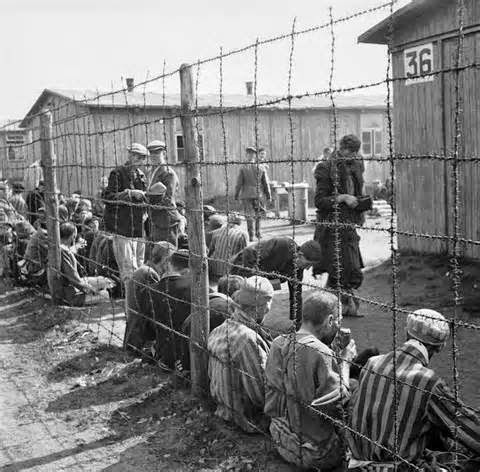 Anyway, at Dachau they were met by Gustav Schuster, another of my godchildren.  Gustav was  only seven when the war began, but like many children he had kept his eyes and ears wide open.  He was able to tell Brian a number of fascinating details that often get left out of most history books.

Lisa went with him, and being a typical fifteen year old wandered about on her own apparently.  For when I saw her later that evening she looked badly shaken.  I asked her what was wrong and she turned to me and whispered, "It was horrible... the suffering that took place here... I could almost hear their cries on the breeze..."

But I didn't say anything.  I've heard others say similar things because they were so moved by the history that surrounded them, so I didn't make anything of it.  That had been a week ago.

Tonight, her words came back to me and I began to realize there is much more to my favorite goddaughter than I ever suspected.

Having left Dachau behind we'd continued our travels out of the cities and into the countryside.  We were now settled in a little heard of town up north, not too far from Denmark which was to be our next destination.  I had been to this place before and several of the older families knew me and were only too glad to put us up when I called a month ago.

Once dusk fell, I was free to wander the countryside and decided to do so.  I had a particular destination in mind and had planned on going alone, but Lisa and Annie (her mother) insisted on joining me.  To tell them I wanted to be alone would've have been rude.  Plus, I know from previous experience, Lisa would've followed me anyway.  So I let them come along.

We drove a couple of miles out of town and then came to a wide open field surrounded by trees and flowering fields.  As soon as we got out and took a few steps Lisa suddenly froze in her tracks and visibly shivered.

Immediately I sensed what was wrong.  Putting an arm around her I said, "You feel it... don't you?"

She looked up at me with eyes full of pain and confusion and then nodded.  "But I don't know what it is."


Yes, she could feel it.  The girl was a 'sensitive' or psychic as they say.  I pulled her close and whispered, “It's the echoes of human suffering.  You see, the Nazis had temporary concentration camps throughout Germany.  They acted as a stop-gap while the more notorious camps were being built.  And because they only lasted for a while there are little or no records of them or where they stood.”

“There was one here,” she murmured in a hushed voice of awe.

“Yes,” I told her and led her back to the car, lost in my own thoughts.

Hardly anyone knew about the the camp that had been here in 1933.  It had been one of the temporary ones which had housed almost a thousand 'undesirables', specifically Roma (more commonly known as gypsies).  Like the Jews, they had been persecuted and hunted by the Nazis, although not to the same extent.  But for those who were taken to this place the results were the same.  Torture, forced labor, unclean facilities, sickness, starvation and systematic executions. 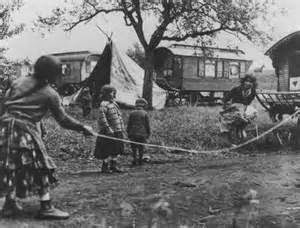 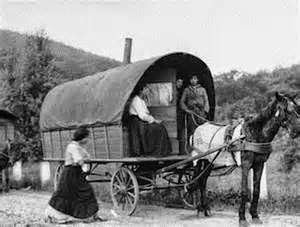 Mind you, these were not the rogues and thieves that so many writers and Hollywood produces depict in their works.  These were good people who chose to roam the country, partly out of choice and partly because no one wanted 'their' kind living among them.  I know this for a fact because I was living among them in 1933.  How I came to them is a tale for another entry.  It is enough that I became part of their family.  And yes, my secret did not remain hidden from them for very long.  They'd found out early on my true nature, but accepted me anyway as one of their own.  As well as their protector and guardian.  I even married one of them.  A teenage girl named Magda who loved me like no one else had ever before.  And whom I lost in this place.

She'd been taken from me months before and I'd spent the entire time searching for her nonstop.  When I finally found where she and the others had been taken I came as quickly as I could.  But it was already too late.  We were reunited long enough to say goodbye and for me to save those who were still alive.  As for the soldiers and officers who were running the place... my wrath consumed every single last one of them, with only a few exceptions.  (Again a tale for another entry)

Afterwards the place mysteriously burnt to the ground never to be rebuilt.  Perhaps the burned, bloodless bodies discouraged them.  Or perhaps what happened to the soldiers who came later to exact revenge on the town for the escape of the prisoners and the destruction of the facility, made them think twice about trying again. Whatever the case, the Nazis avoided the area forevermore.  Convoys of trucks and soldiers would take a wide circuitous route around and away from the town and forgot it was even there until after the war ended.  Although I heard many time through the grapevine that it was sometimes mentioned in hushed, fearful whispers among the Gestapo who made sure to erase any mention of it from the records.

After getting Lisa and her mother into the car, I quietly excused myself and returned to the field.  Normally I would walk the entire spread of the open area, but due to Lisa's reaction I did things a little differently.  I rose up into the night sky for about twenty feet and my lower half dissolved into a greenish mist.  This cloud columned down to the ground and spread across the entire field. Soon the flowers which were already withered or browning suddenly began to bloom as if it were early spring instead of mid-summer.

This is my special way of 'laying flowers' at gravesites.  Cut flowers wilt and die within seconds of being in my presence.  As long as they are in the ground and are still alive to some extent I can bring them back to full health, but once dead or dying after being severed, my 'field' seems to accelerate the decomposition.

As soon as the field was lush and full of color once more, I reconstituted and returned to earth.  Once there, I knelt down and offered the for those who had been lost.

Much to my surprise, before my prayers were finished, Lisa and her mother appeared on either side of me and knelt down to pray along with me.  I had lost family in this place, especially one closer to my heart than any before.  But I did not remain alone.  I always have family and I will always fight to protect and keep them safe. 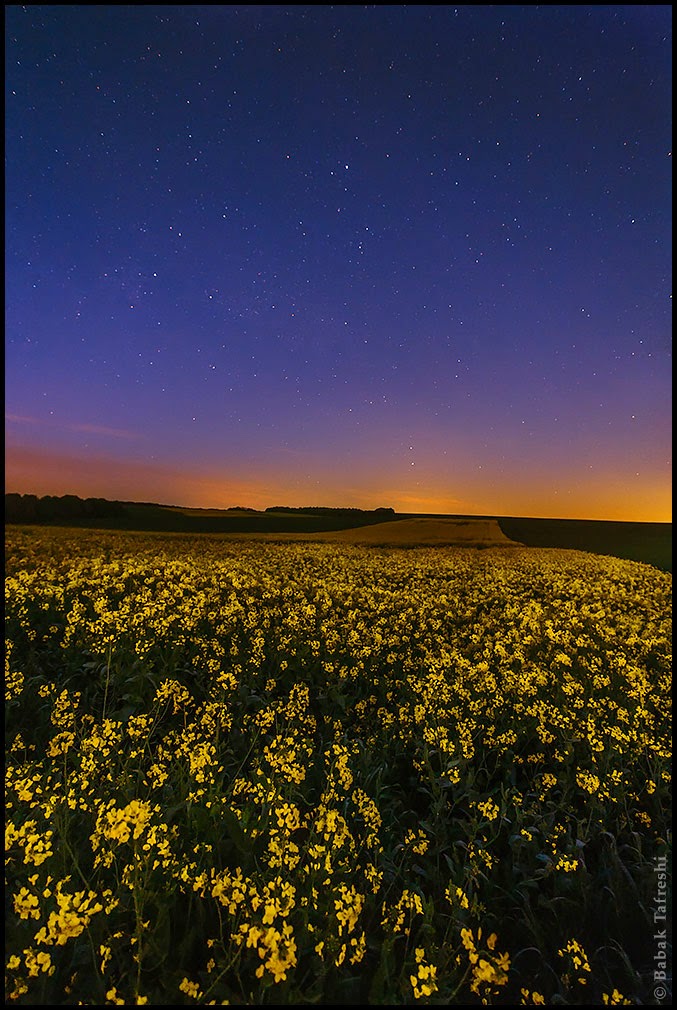 Posted by Allan Krummenacker at 8:53 AM