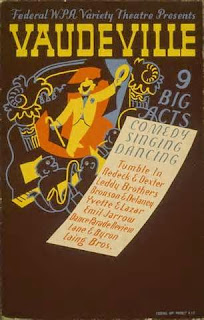 Staring at the playbill in my hands, I couldn't believe my eyes.  It was a an old vaudeville poster, only the paper it was printed on was quite new.  Then I spotted the dates for the performance and blinked.  "December 2011!" I read out loud and then turned to Olivia and Gina, who were standing there trying to look innocent and hopeful at the same time.

"You want to put together a vaudeville show?" I said, raising an eyebrow curiously.

"More like a review of some of the more famous acts," Olivia told me.  "And no one knows them like you do."

"That's true," I admitted and looked at the floorboards of the stage.  They weren't the original boards of course.  I'd had those torn up and replaced when I bough the theater back in 1970, with an old friend who'd talked me into buying the place with her. 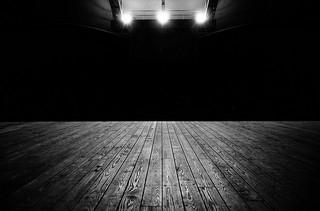 I remembered feeling a little melancholy about having the original floorboards torn up.  After all, I made my stage debut on them back in 1911 with the Marx Brothers.  It was only a small part, but the brothers had made sure my brief moment on the stage had been a hilarious one.  But after that night, a number of the other performers started asking me to help out in their acts.  Soon I was spending most of my time in front of the curtain instead of behind it, like it had for ten years.  Not that I had minded. 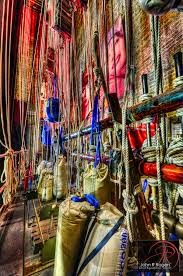 From the day I'd started in 1910 until that night, I had worked and learned every aspect of what went on behind the scenes of every show.  From wardrobe, to sets, to actors having jitters or meltdowns, I'd seen it all and had helped out whenever I could.  By the time my friends had dragged me onto the stage with them, I'd even stood in for the stage manager a number of times.  Everyone seemed to turn to me, and so many asked time and again, "Why aren't you out there?"  This question came up more and more after I started helping some of the performers during rehearsal by standing in as they straight man or victim. 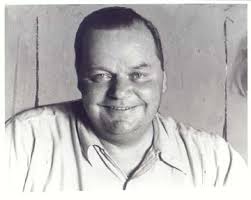 My old pal Roscoe "Fatty" Arbuckle was the first who started training me to be a stand-in for some of his acts, but he never got to use me, as much as he wanted to.  He wanted to see me get my moment to shine and did that night, when the Groucho and company finally got me out in front of the audience, and I loved every minute it of.  Roscoe had just started doing movies by then and had urged me to go with him to Hollywood and be part of his films.  But alas, film could not capture my image and I came back here, much to the delight of the brothers.

Like Roscoe, Groucho and his siblings had learned of my true condition and found new ways to exploit some of my abilities as well as teaching me all about comedic timing, patter, musical instruments and other gifts.   We were able to pull off certain tricks that defied all explanation and even had more than one professional magician wondering how we'd pulled them off.  (But that's a story for another entry) 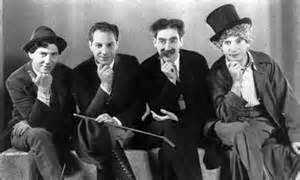 But they weren't the only ones who were glad to have me back.  The other performers had missed my easygoing manner and how I handled things both on and behind the stage.  And I soon found that even the crowds had missed me, as well.   Even though I never headlined an act of my own, the audience always greeted me warmly. But soon my time at this theater came to an end, as I moved on with  Groucho and company to tour other bigger venues in the vaudeville circuit.  But every so often, we'd come back to this theater and it was on one of those return engagements that I found myself being asked to help out one of the newer performers, who needed a silent straight man to react to her singing. 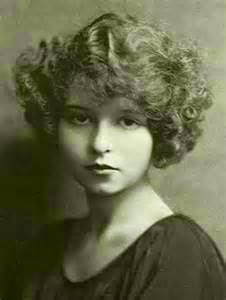 Naturally I was only too glad to help out and that was when I was introduced to a petite fourteen year old girl, who would become one of my dearest and most cherished friends.  And in 1970, she would be the one who called me back to this theater, which had by then had been abandoned and practically falling down, and talk me into buying it with her so we could restore it to its former glory.

But, on the day we met, neither of us knew what the future was going to bring us.  Or that we'd become so close that we'd fall deeply in love.  She only gave me her stage name the first time we met, "Baby Mae" she called herself.  But down the road the world would know her by a slightly different name.  And she would become not only a star but a legend... 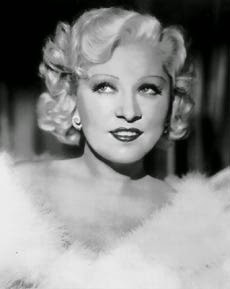 Posted by Allan Krummenacker at 7:59 AM