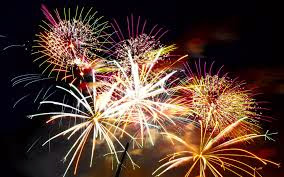 I'm standing on a deck overlooking the great wide Pacific Ocean.  Another year has passed but I am not alone.  I am surrounded by members of my extended family located in Aptos, California.  Although that's not where I am at this moment.  We're standing near the famed Santa Cruz Beach Boardwalk having just watched a fabulous fireworks display out on the water.

The Cloudfoots have been part of my life since 1999 when I first met Jason, the patriarch of these wonderful people.  As their name implies, they are of Native American descent, specifically they are Seneca one of the five original tribes that formed the Iroquois Confederacy.

Together, Jason and I, along with Otto located his missing niece Julie who had run away from home just two days before Christmas.  The moment Jason and I locked eyes, I knew there was something different about him and I was right.  He was a shaman, one who knew about the Para-Earths, as Otto has named those alternate realities of this world.  Jason also knew right away I'd been to one and had come back changed, but he also knew I was still a good man and our friendship formed.

He's here with me tonight enjoying the love and joy of his children and grandchildren.  Jason lost his wife two years ago, for which I was very sorry.  She had been a wonderful woman, warm and caring.  I'd spent that New Year's Eve with him, to make sure he did not face it alone.  Not that I had much reason to worry.  Julie and her parents were there as well.  It was the first time I'd seen her in 1999 and my how she'd grown.  From the pudgy little girl I'd help locate, she was now slightly taller than me and still growing.  She also had filled out in more ways than one, especially in the muscle department.  I feel sorry for any boy who pissed her off.  Not that she seems very interested in them.  A part of me suspects her yearnings lie elsewhere.  I just hope I never have to compete with her for a date.

Not that such a thing is likely.  I've kept to myself more since Veronica and I parted company three years ago.  I've found myself thinking about her a lot tonight.  Probably it's because of all the police officers watching over tonight's festivities.  There was one female officer in particular standing near her patrol car that caught my eye.  She looked nothing like Veronica, but the way the officer stood there reminded me so much of my red-headed love. 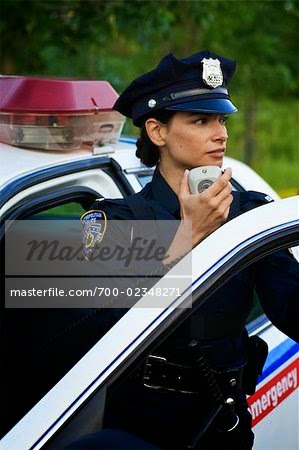 God she was amazing.  It's not often you find someone so passionate and dedicated, not only to you but to her work.  But I digress...

A new year stands before us all.  I have no idea what surprises this one will have in store for me or those I call 'family'.  But I know I will not face this new year alone which is a great comfort.  I have people like Jason, Otto, Brian, their families and so many others who's lives touch mine.  I think that's been the greatest gift of all.  Even though I have outlived so many people who I've loved, I am never truly alone.  And because I remember, none of them are ever forgotten.

My existence is a strange one, but at least I find it serves so many others.

Jason is proposing another toast to all so I better wrap this up.  A promising new year awaits and I for one am looking forward to seeing what it has to offer. 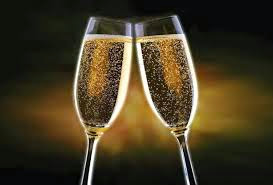 Posted by Allan Krummenacker at 10:30 AM