Hello from the Silent Partner 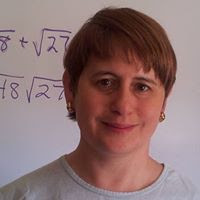 Anyone who has been paying attention to the pages for the books may have noticed something odd. My name has been retroactively added as co-author to the earlier books. There's no attempt at deception going on. It's just that we were always a little unsure as to what kind of credit I should get for my part in the creative work.

On the first two books, I contributed book planning, world-building, character development, etc., and although Allan wanted to give me coauthor credit, I didn't feel what I had done merited that much. How does one even classify contributions like refining genre, suggesting that science fiction elements actually make paranormal stories seem more plausible and thus, scarier.

There was some baggage behind my reluctance to take credit, too. I had been the first of us to try to be a professional writer, back before there was much Internet. I wrote short stories, and magazine rates for short stories varied mostly from 1/8th to 1 cent per word. Eventually, I did the math and got angry at the world of publication and wrote from then on purely for the entertainment of myself and a few friends.

I didn't really recognize how much self-publication had grown up and become a viable option, nor how much Allan had grown as a writer, until he came out with the first finished novel. While making a commercial success was still a long shot, the fact was, he'd managed a book worth reading and he had control of the publication and marketing of it.

I still considered my contributions to be more "co-creator" than "co-author", but there's no option for that on book cover designs. 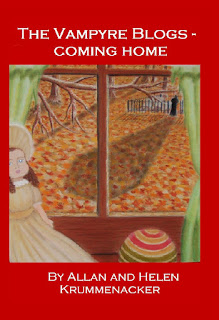 On the third book, I was suggesting some edits on a part he wasn't satisfied with, and which dealt with a character who I had created. After a few tries at telling him what to do, I asked if he'd mind me taking over the chair and writing the edit myself. He loved the result, and I ended up going through and revising multiple scenes to get them just right. This time, I couldn't refuse co-author credit, because I had indeed done a significant amount of the writing myself.

Then we started to reconsider the earlier books. I would have preferred being listed as "co-creator" rather than "co-author", but there were a number of scenes where I'd helped with dialogue, relationships, etc. I had spent a few years listening to Allan describe the development of ideas in a different way than I recalled them happening. And I came to realize that accepting a little too much credit was better than being forgotten.

So here I am, invisible to the audience no more, and in our upcoming anthology, I've contributed a few solo pieces. There will be more of those in the future, as well as my continuing to be involved in working together with Allan.

Posted by Helen Krummenacker at 5:04 PM