A Sneak Preview and the Countdown Begins... 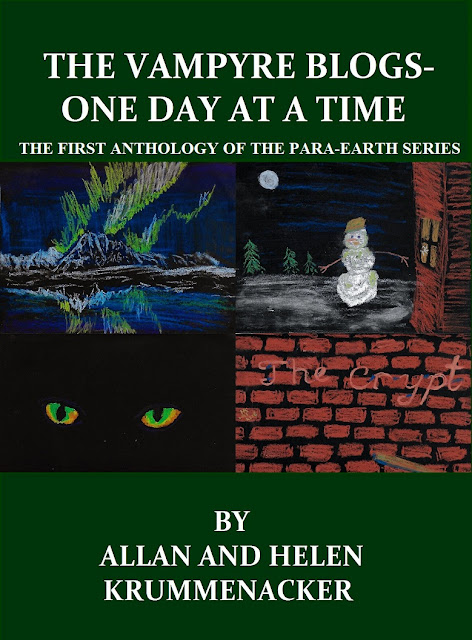 A chilly December evening was made cozy not only by the fireplace, but the scents of vanilla, cinnamon, and ginger from baking in the kitchen. Marissa turned the radio to a station playing all Christmas music. Isabella was excited even beyond the average child at Christmas time, for this was her first Christmas tree, her first time seeing fairy lights, and even the radio was a novelty for her. She would sit on the sofa, stare at the tree and get up again every few minutes to better distribute the ornaments for color balance and even presentation.

Marissa and Lisa were helping Nathan with paper chains, a decoration he remembered from his childhood. The girls were using a ladder to reach high, but Nathan took care of sites out of their reach. Otto, having recently surrendered the kitchen to Penny, who was making a couple of her own favorite treats, had started to show Richard how to wire pine and holly into swags to place around. “So ‘Boughs of holly’ are just branches done up to decorate the place?”

“Yes. Deck and decorate have the same word as a root.”

“Ain’t that something. I always wondered about that song. Especially the gay apparel.”

“And that makes ‘Johnny Comes Marching Home’ a lot better,” Richard laughed. The professor was all right by him. Strange and a little weird how he treated the boss like a kid sometimes, but when he was around, you always felt a little bit smarter.

Just then, a new tune came on the radio. “Frosty the snowman, was a jolly, happy soul--”

“Turn that off!” Otto snapped. Isabella looked at him in shock a moment before heading to the radio and pushing the big circle button she’d learned made these new electric things go on or off. “I’m sorry… I just do not like that song,” he explained, suddenly aware that everyone was watching him, puzzled by his uncharacteristic change of mood. “I really do not like it. You would not like it, either, if you knew how dangerous that snowman could have actually become.”

“There are more things on heaven and Earth, Horatio, than are dreamt of in your philosophy,” quoted Otto, then sighed. “Yes. Frosty was real, and he was the result of my missing an important detail and behaving carelessly.”

“Oh, yes, we have to hear about this,” Marissa added.

“Really?” Otto asked, as if surprised by the attention.

“Even I haven’t heard this one,” said Nathan, “and it sounds like a doozy.”

Otto took a seat on the sofa, next to Isabella, and the others gathered around. Richard kept at it with the greenery, but still cocked an ear and moved so he could see Otto’s face and gestures. Taking a deep breath, the professor began to tell the tale in a rich, melodic voice...
Posted by Allan Krummenacker at 8:15 AM

Email ThisBlogThis!Share to TwitterShare to FacebookShare to Pinterest
Labels: "The Vampyre Blogs - One Day At A Time", #anthology, #preorders, #release, #shortstory, #Vampyre, Frosty the Snowman