Upon reaching the bottom of the steps I could hear Otto, Penny, Richard and Isabella in the study laughing about something on the internet.
“Well that certainly makes a change from Abominable Snowman sightings,” Richard was saying.
“Maybe it’s a Wendigo?” I heard my sister chime in, “They travel with the snow!”
“True, but I have never heard of one that far north,” Otto’s gentle bass voice pointed out.
Intrigued, I did a 180 and headed for the study instead of the kitchen. Coffee could wait, this was sounding interesting. 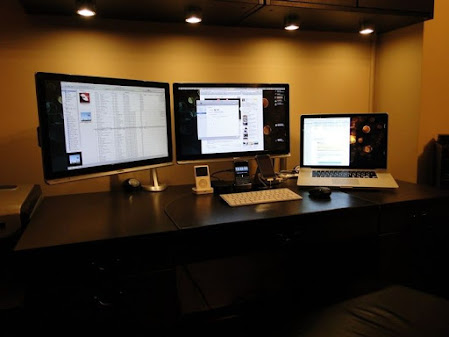 Upon entering the study, I saw that they were all gathered around the computer on the big desk where I work on my novels. There are two computer monitors, which makes it easier for me to do research on one while I work on my story on the other. At this point though they had the story on only one screen and their heads were all in the way, so I couldn’t see what they were looking at.

As I strained to look over their heads, Penny suddenly said, “You’re up early, Nathan.”

I did a doubletake. She hadn’t even turned around to look at me. And I know I didn’t cast a reflection on either monitor. I swear the woman has developed some kind of “Mom Radar” ever since she gave birth to her son Richie Jr. four years ago.

Then again it may just be a survival tactic she developed growing up in Detroit. She doesn’t like to talk about her childhood. But one time she did tell me you needed to have eyes all over your head to survive not only the neighborhood, but the apartment building you lived in too.

Before I could respond to Penny’s observation Isabella spoke up again. “Lisa’s visiting some museums over in Charleston for one the college classes she’s taking, and Marisa’s travelling with our carnival friends. He doesn’t have any reason to be tired enough to stay in bed.”

At that point Otto looked at me and waggled his bushy eyebrows at me saying, “You poor boy.” 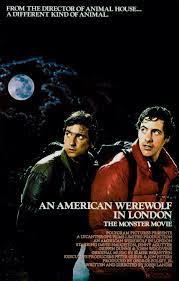 Ignoring these little jibes at my expense, I finally got to see what was on the screen. It was clear from the headline what movie they got their inspiration from.

“An American Werewolf in Alaska?” I read aloud incredulously.

“I know,” cried Penny turning to me. “Alaska has been part of the United States for decades, so of course any werewolf that turns up there is going to be American."

“I would have gone with ‘Red Fang’ myself,” added Otto.

I stared blankly at him for a moment, which earned me an eyeroll from my oldest friend.

“What?” I cried, wondering what I’d done this time.

Richard came to my aid. “He’s making a joke off of the title ‘White Fang’. You know, the novel by Jack London that takes place in Alaska?” 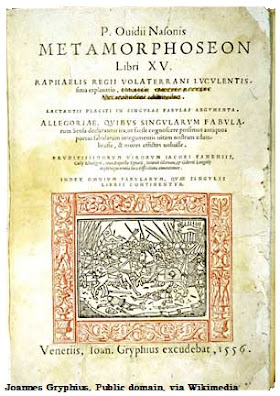 “The Dead Sea Scrolls, anything you were able to check out of the Library of Alexandria…,” I supplied helpfully.

Laughing I excused myself and went to get some coffee. Otto is way older than me, yet in spite of our being friends for the last 120+ years, I still don't know exactly how old he really is. Oh, he claims he's given me plenty of hints over time (which I know he has), it's just... I have a problem with numbers. It's called Dyscalculia, which is a kind of dyslexia only with numbers instead of letters, which throws my calculations off whenever I'm doing math. I barely passed my classes at the universities, which made me kind of blase when it comes to doing casual math problems, outside of research or for a class.

Heading back to the study, I found only Otto and Isabella were still there. “Where’d Penny and Richard go?” I asked.

“To wake Little Richie up from his afternoon nap,” Isabella answered, then turned back to Otto asking, “If the creature is real, do you think it might be another Para-Earth incursion?”

“It’s possible, but none of my calculations predicted an opening taking place in that area recently,” he replied.

This piqued my curiosity and I slid into one of the chairs vacated by Penny and Richard, in order to check out the article. There were a few photos, but since they were taken at night, so the lighting was not great.

Heck, I’ve seen photos of Bigfoot (which never do him justice, FYI) that were more recognizable. And that includes the fuzzy grainy shots like this one. 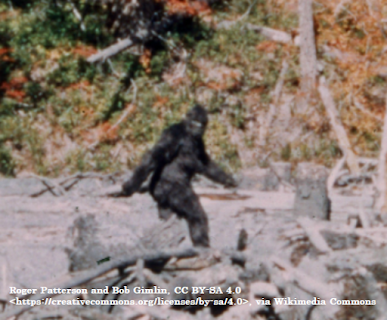 Turning to my old friend I asked, “Otto? What did you mean when you said you’d have called this article ‘Red Fang’?”

“Well, if you read the article, you'll find out,” he replied curiously.

Obediently, I did as he instructed. The description of the creature varied somewhat from witness to witness. However, they all agreed it looked humanoid with tufts of hair on its back and misshapen limbs. According to those who got a better look at it, one or more of the creature’s limbs was longer than the rest, which made it hard for the thing to get around. Perhaps that was why it seemed to vary running on two limbs and then all four. However it was only towards the end of the article that two people described the creature’s coloring not as reddish, but red. Almost blood red, to be specific. Looking back to the title of the article, I saw that the encounter had taken place on the outskirts of Fairbanks.

I suddenly found myself thinking back to the dream, and now an uneasy feeling was sweeping over me.

As if knowing my thoughts, Otto observed casually, “Of course, the creature could have made a kill and was simply covered in the blood of its victim.”

I shook my head. A century and a half on this, and a number of Para-Earths, has taught me that if something seems ‘sus’, then it probably is.

Just then Isabella said, “The article said this wasn't the first sighting of the creature. There have been reports of a red wolf type of creature being spotted as far back as April. You were in Alaska back in January? Did you see the creature while you were there?”

At that moment I remembered a particular incident that had happened during my visit. “I think, I might have…” I replied.

Posted by Allan Krummenacker at 11:17 AM No comments: