Otto raised one bushy eyebrow and asked, “Nathan, what did you do? Come clean, now.”

“I got hurt during a hunt,” I replied distractedly, as I pulled up a new tab on the computer and began searching for the nearest flight to Alaska. There was one leaving that evening from Columbus, Ohio. I could easily make it if I started getting ready right away. Booking a seat on the plane, I got up and began making for the door only to find both Otto and Isabella blocking me.

“You do know I can easily mist past the two of you,” I pointed out.

“Are you so sure?” asked Otto, pulling out an oversized fireplace bellow. It took me a moment to realize the bellow he was holding was the one I kept next to the fireplace. As usual, I never heard or saw him grab it. He’s a sly one, let me tell you. 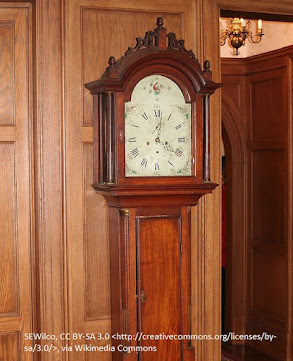 Knowing the clock was ticking for me to get to Ohio I told them, “Fine, follow me upstairs and I’ll explain while I pack.”

That got them to let me pass, and the three of us headed upstairs. I told them all about my visit with my friends in Fairbanks and how I’d headed for the Boreal Forest after leaving them.

As we reached my bedroom Isabella headed straight for my closet and pulled out a couple of suitcases, one of which was almost as big as her. Not that she had any trouble handling it. Since I accidentally infected her my Sangui-Sapio (a story for another day), she has the same strength, speed, and weaknesses I possess. And although she has the body of a child, unlike me she has been growing at the normal rate of any 12-year-old girl. Though I suspect, that like me, this will slow down considerably once she reaches adulthood.

In the meantime, Otto urged me to continue my tale and I complied.

Since they already know about my tendency to ‘go native’ when I’m up in Alaska, I was able to gloss over that part quickly. Finally, I got to the part about meeting up with the pack of wolves, and how I’d won their confidence with my mist trick.

“Since the hours of night are so long at that time of the year, I wound up staying with them almost a week,” I explained. “Since we were making kills pretty regularly, there was plenty of blood to keep me sated. Plus, it was pretty cloudy at the time, and we were keeping under the tree canopy a lot, which made things even easier for me to stay in wolf form.”

“Sounds like you were having a lovely time,” Otto nodded pleasantly, as he sat on my smiling. “So, when are we going to get to the ‘Oops’ part of your story?”

I stood there holding a stack of underwear in my hands, and just stared at him. “What makes you think there’s an ‘Oops’ part coming?”

“Because it’s clear from your reaction to the article that you suspect you accidentally infected one of those wolves with your Sangui-Sapio companion,” he answered calmly.

Otto shook his head. “No, I simply recognized that look you get whenever you’ve goofed something up,” he teased, then his expression became serious. “So how did it happen? You’re usually very careful about not ‘sharing’ your gifts.” His eyes darted to Isabella ever-so-briefly before looking at me again.

As I mentioned before, infecting my sister had been an accident. It had happened back in 1863, shortly after the Sangui-Sapio and I had formed our bond. I hadn’t learned about the mistake until decades later, mistaking her for a ghost at first. 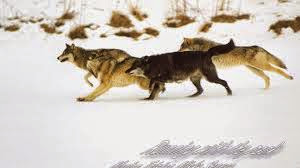 Anyway, I resumed my packing and my tale. “It was the last night I was with the pack. We were hunting bison. Shortly before I met the pack they had lost both their alpha and beta leaders. With me appearing on the scene, they’d had more successes with their hunts and were beginning to eye me as a new leader. Too many failed hunts and they’d be in trouble. Luckily there was one young male who was showing a lot of promise and I was trying to support him, so to speak. Follow his lead and all, kind of thing.”

“And how did he take it?” Otto inquired.

“He wasn’t exactly thrilled about me, but he knew I was effective in helping bring down prey so he tolerated my presence. But during that last hunt, errors were made. He wanted us to go after one of the younger bison. Unfortunately, I could tell already that the herd was keeping a very good defensive ring around their young. No matter how much the pack harried them, they wouldn’t break rank. That is, except for one older bull who at that point was wide open.”

As usual Otto was already ahead of me, saying, “Let me guess, our young alpha saw this as an opportunity to firmly establish himself as leader. Am I correct?”

I nodded. “Oh yeah. Mind you he was a good hunter, but I could see he was going to be seriously outmatched.”

“So, you jumped in to try and help him?” my sister asked. 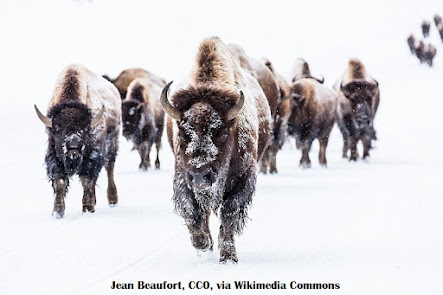 “That had been the plan,” I winced, “I didn’t want to make him look bad, but I knew he couldn’t take that bison alone. So, I zipped ahead and challenged the big bull myself, giving the alpha a clean shot at the throat. Unfortunately, the bull was faster than either of us expected and he gored me something fierce, got my blood all over his face and neck. A second or two later, the alpha nailed him in the throat and the three of us went at it. The pack arrived moments later, attacking the bull’s rear and sides. And that was it for the bull, we brought him down. But looking back, I suspect that some of my blood was on the bison’s throat where the alpha struck. Which means it didn’t return to me when we called my blood back.”

“You called your blood back?” Isabella repeated with a frown.

“Whenever I bleed, either me or Sangui-Sapio can call the blood I spilled back into me through the skin. Unless something prevents it from reaching me, like being ingested for instance,” I explained.

“Like the Cannibal Killer you fought three years ago?” Isabella continued.

I nodded. That guy had lived up to his name and had taken a bite out of me, along with a chunk of the Sangui-Sapio. He’d been injured in our fight before he bit me. And since the Sangui-Sapio’s first instinct is to preserve life, it went to work pretty quickly on him, making the guy nearly as strong and hard to stop as me.

As if reading my thoughts Otto spoke again. “If this is indeed the case with the wolf, why is the creature taking a humanoid shape? From what you’ve told me in the past, the Sangui-Sapio normally just adapts to its new host’s form. It only tries to shapeshift the body briefly, in or to protect or help the new host. Otherwise, the host appears to be normal. Yet, according to the article, the creature seems to have taken on a humanoid shape and was having rough time of it. Now, why would a wolf do that?”

Once more I thought back to the dream. In it, I was having trouble keeping my wolf form. “I don’t know,” I replied, finishing up my packing. “Which is why I have to get up there as quickly as possible, before that poor creature accidentally winds up infecting another animal or even a person.”

Posted by Allan Krummenacker at 9:35 AM No comments: