ANNOUNCEMENT - COMING THIS NOVEMBER THE FIRST "VAMPYRE BLOGS ANTHOLOGY" AND OTHER NEWS...

With the completion of Nathan and Otto’s rather lengthy adventure with the Unicorns and Terror Raptors, I thought now might be a good time to let you all know that Helen and I have been hard at work on a brand new Vampyre Blogs book. This volume is set to be released just after this coming Thanksgiving, so you only have to wait another four months to get your hands on this latest installment of the Para-Earth Series. 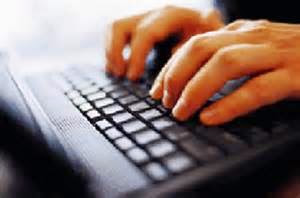 However… unlike the first book, this one will be an anthology instead of a novel. We will be taking select entries from this nearly four year old blog site to be included in the anthology. Now you may be asking yourself, why put a bunch of stories that are available online into a collection? Well, I’d been getting some e-mails and messages on Facebook, that newcomers to the site telling us that they loved Nathan and company, but found scrolling through so many pages to get to the earlier stories was a bit tedious to say the least.

Upon repeatedly hearing this, Helen and I went over the site and found that had created almost fifty different stories. And while some of them were short, others were so long that they could have anywhere from two to six separate entries to tell entire tale.

While going over some of the earlier and more recent entries, I also began to notice some glaring problems that had been overlooked when they were originally published. This was the direct result of the fact that all of the stories in this blog were basically 1st drafts. Meaning of course they were not fully edited so the ‘occasional’ (massive understatement) misspelling or less-then-perfect punctuations appear in a number of them.
However I can tell you now that all the stories going into the anthology will be getting edited and have a few tweeks made to them for better clarity of reading. Also, the stories will be put in a chronological order. This means they will appear in the anthology by according to when the character telling the tale originally wrote/experienced the adventure. Furthermore, some adjustments being made to some of the stories to create a more smooth timeline for who met who when.

The purpose of doing these ‘adjustments’ is so that the readers can have a better idea of how each of these life events shaped the characters’ personalities before they appear in “The Vampyre Blogs – Coming Home”.

And as they say on television… 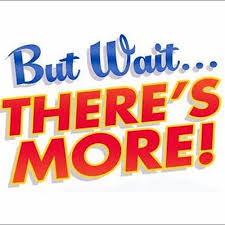 Both Helen and I agreed right off the bat that any anthology we created needed to have new never-before seen tales in it. In this case, out of the 23-24 stories we currently have lined up for the anthology, six to seven (about a third) of the stories are completely NEW and will not be appearing on this site. Several of these new tales involve Nathan's ‘long-time’ Otto, aka "The Professor", who made his debut in "The Vampyre Blogs - Coming Home". Both his introduction in the novel and his comment, "Apparently, I am am made of NOPE..." have caught the imagination of our readers who have been clamoring for more details on this strange man who Nathan looks up to as a mentor, as well as friend.

Also, since Helen and I are both artists, we are going to try and add some original pen and ink artwork to a number of the stories. We will also be placing either an Intro or an Afterthought to each tale explaining either how the story came to be.

We are also planning more anthologies for the future, not only for the Vampyre Blogs, but also the rest of the characters appearing in Para-Earth Series such as: Alex Hill, Veronica Ross (who along with her boss Roy Petersen – appear in two of the tales in this anthology) and their friends...

Our goal is to release “The Vampyre Blogs – One Day at a Time” on Black Friday or Cyber Monday at the latest, so add it to your holiday wish list, or think about someone you know who’d love a good read on those cold winter nights.

Finally, we are also exploring another avenue with the Para-Earths namely... AUDIOBOOKS!  We've had a number of people asking us if and when we'd make the books available in that form.  So currently we are looking into that area and will be providing updates soon.  With we might even have a couple of short stories in audio form for free, to be released just in time for the holidays so we can get some feedback from all of you.

Posted by Allan Krummenacker at 1:41 PM No comments: